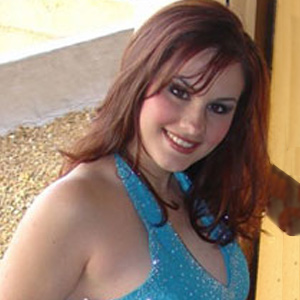 As Oxford buzzes over the Yoknapatawpha County Literature Festival Beauty Pageant, some in the community are opposed to the event for a wide variety of reasons, including the belief that the pageant demeans the literary legacy of the city.

While the company sponsoring the pageant has high hopes, others urge the community to boycott the pageant because of that company.

Meanwhile, the contestants and fans look forward to the crowning of the queen until a stunning development changes everything.

As the Oxford Weekly Planet revealed more of what happened, the detectives investigated the scene.

While the detectives prepared to interview witnesses, other investigators gathered information about the victim, including her recent conversation with a local reporter.

The first witness Detectives Armstrong and Murphy talked to was the man who found the body.

Then they talked to the conference center manager who was on duty the night of the murder about what she saw and heard.

While a forensics tech collected biological samples from Bill Lamar, the detectives reviewed a preliminary list of items taken into evidence so far.

Later that afternoon, the detectives talked to Barbara's mother at the sheriff's department to find out how she learned her daughter was missing.

While the detectives reviewed Barbara's pageant platform for potential leads, the Oxford Weekly Planet reported on a vandalism incident at the convention center.

The next morning, Detectives Armstrong and Murphy met with the festival director to learn more about the pageant's addition to the events.

Then they reviewed the evidence investigators collected from the guests' rooms at the conference center hotel, including what appears to be a draft of a speech the victim planned to give.

When Barbara's pageant coach arrived, the detectives asked him about his relationship with her and his appearance at the conference center.

Later, they talked to a man Barbara dated in college about what brought him to town the same weekend as the pageant.

Afterward, Detectives Armstrong and Murphy sat down with the pageant's primary sponsor to learn more about the event.

Then they spoke with Barbara's friend who had called 911 to report her missing.

The following day, Detectives Armstrong and Murphy went to see Barbara's former sponsor at his office to learn more about his relationship with her and the pageant.

Then they met with the YCCC bartender who was working in the lounge the night of the gala.

Later, they talked to the YCCC night custodian, who has a checkered past, to find out what he saw and did the night Barbara was killed.

After finishing that interview, the detectives headed up to Memphis to talk to one of the pageant judges about what he witnessed.

When Detectives Armstrong and Murphy arrived at the station the next morning, reports from a local PI and the coroner's office were waiting for them.

An hour later, the detectives had Wendy Kullman in an interview room at the sheriff's department for a conversation.

After making arrangements for an upcoming interview, the detectives sat down with a retired professor who was at the YCCC the night Barbara was killed.

Then they talked to a little girl who might have seen something noteworthy that night.

Late that afternoon, Detectives Armstrong and Murphy took a look at locations relevant to the case and the calls to and from Barbara's hotel room.

The next morning, the detectives met with one of the other finalists to find out more about her relationship with Barbara and her whereabouts the night Barbara was killed.

Then they talked to the mother of the third finalist about her relationships with the other contestants and her recent activities.

Up next, her daughter, who was one of Barbara's closest friends, told Detectives Armstrong and Murphy about what she witnessed at the pageant.

Lyn posted a comment in Festival queen to be crowned tomorrow
Buchanan is dumb, hot headed and dumb. Who ever did this has covered it up thus far, so I suspect De...
about 1 week ago

Nasreen Chaudhary posted a comment in Victim's pageant speech
definitely seems like Susan could have gotten a bit upset and fought with her daughter.
about 2 weeks ago

Kristin posted a comment in Bill Lamar bio
So he's an ex-boyfriend who started showing signs of his father's instability after breaking up with...
about 4 weeks ago

Joe posted a comment in Breaking news from the pageant
Suspect #1 literary person Suspect #2 anti animal testing person Suspect #3 the other contestants Su...
about 1 month ago