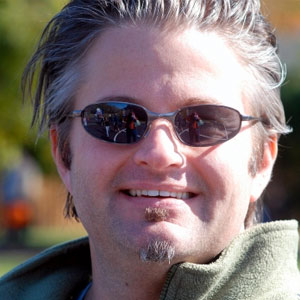 Frank Margold was a judge for the Yoknapatawpha Literature Festival Beauty Pageant.

Detectives Armstrong and Murphy interviewed him by telephone at his photography studio in Memphis, Tennessee. The interview was recorded with the witness's knowledge and consent.

Detective Murphy: Thanks for your time. Could you please state your name and address?

Detective Murphy: And what is your occupation?

Frank Margold: I own Margold Studios. A photography studio.

Detective Murphy: Were you in Oxford on the night of May 1st?

Frank Margold: Yes, I was.

Detective Murphy: Why were you there?

Frank Margold: As you know, I'm a judge for the Yoknapatawpha County Literature Festival Pageant. There was a party that evening for the finalists. Most of the contestants were there, even those who weren't finalists. The sponsors. Town society folk. And all the judges were asked to attend, so that's why I was there.

Detective Armstrong: So you weren't really working that night?

Frank Margold: Not officially. In my line of business, you're always working. You never know when you might discover some supermodel at a coffee shop. So I feel like I'm always working. But no, that evening was considered more of a social event. I did take a few pictures at the end of the evening, but that was it.

Detective Murphy: Why do you judge these competitions?

Frank Margold: I enjoy it, for one. And for another reason, it's good exposure. I get my name out there, and the type of women who want to model hear about Margold Studios. At the same time, I'm able to come into contact with a lot of beautiful women. Those are all potential clients for me. It's just all around good exposure for me and my business. If you're a sports agent, then you spend a lot of time hanging around all-star games looking for clients. Beauty pageants are my all-star games.

Detective Murphy: You're known for being pretty tough on the women. Why are you so hard on them?

Frank Margold: I want to warn people about this business. When a girl enters my office — either for modeling advice or pageant advice — I put them through a grueling interview. I try to destroy them and drive them out of my industry and out of my office because I don't want their conscience on mine.

Frank Margold: I don't want someone to get a broken heart and low self-esteem because of this racket. I don't want Jacob Marley's ghost coming back to get this Scrooge. The whole series of them clanking around after me. I don't need that.

Detective Murphy: You're not worried about crushing the dream of someone who might otherwise have been successful?

Frank Margold: The ones that succeed are the ones who are determined to make it. They won't be turned away. They'll tell me to go to hell, but they won't be denied. That's what I'm looking for. If some girl gets teary-eyed on stage, then how is she going to handle this gig? I'm tough on them because I want to see if they can take it.

Detective Armstrong: What did you do after the gala that evening? After you took the photos?

Frank Margold: I went to my room and went to bed. We were supposed to have finals the next day, and I wanted to get plenty of sleep.

Detective Murphy: Anyone with you?

Frank Margold: While I was sleeping? No, ma'am.

Detective Armstrong: How did you hear about what happened to Barbara Dubois?

Frank Margold: The next morning, there was a lot of racket in the hall early in the morning. I finally went out to see what was going on, and someone told me she was dead.

Detective Armstrong: Who told you?

Frank Margold: One of the other finalists, Ingrid Freeman.

Detective Murphy: What was your reaction when you heard the news?

Frank Margold: I was shocked. Stunned. I've never heard of anything like this happening at a pageant before.

Frank Margold: Not personally, but I've seen her work her way up the circuit. Gorgeous girl. Very talented, very tough competitor, but…

Detective Armstrong: But what?

Frank Margold: Her heart wasn't in it. Oh, she was a shoo-in for this contest, no doubt about it. In a different league altogether than the other two finalists. But I could tell.

Detective Murphy: How could you tell? Can you give us an example?

Frank Margold: It was in her eyes mostly. She was always enthusiastic at the right times. She smiled in all the right places, said all the right things, made all the right moves. She was a winner any way you looked at it. But her smile, her enthusiasm never really made it all the way to her eyes. If you looked closely at her eyes, they looked a little sad. I'm a photographer, so I notice things like that.

Detective Armstrong: You could tell by her eyes?

Detective Armstrong: Anything else? Anything more concrete?

Frank Margold: Well… I heard she'd passed on the Miss Tupelo pageant to visit family in the Delta. If she was serious about competing, she never would've done that because winning Miss Tupelo would put her on the road to Miss Mississippi, which leads to the holy grail for these girls — Miss America.

Detective Murphy: What did you do after you heard the news?

Frank Margold: Well, nothing at first. After a while, I started making calls, trying to find out what was happening with the pageant — if we were canceling it. It took a long time for them to make up their minds, but they finally did decide to cancel it, which was the right decision in my opinion. I'm sure Allie Lamar was fit to be tied.

Frank Margold: I kept hearing her on the news, saying the pageant should go on. And… well, I don't know her very well, but I doubt she was too happy that they decided to cancel it.

Detective Murphy: OK. What did you do after they decided to cancel the rest of the pageant?

Frank Margold: I had to drive back to Memphis. My assistant and I loaded my car up with all the equipment, and we got the hell out of Dodge. I had an early shoot the next morning.

Frank Margold: Tell me about it. Almost two hours door-to-door. By the time I got my gear loaded and got outta there, it was well past dark when I finally got home. I unloaded, caught a few hours of sleep and then did my next job in the morning.

Detective Murphy: That's about all we need right now, Mr. Margold. Thanks again for talking with us. Could we possibly call you again? We'll need to know more about this whole pageant business. It could really help us.

Frank Margold: Absolutely. I could talk all day about this racket.

Detective Murphy: Thanks. We'll be in touch.