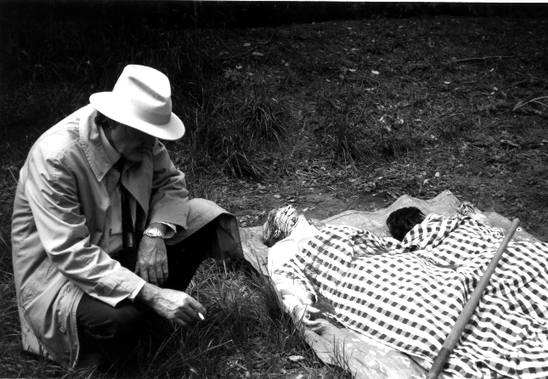 Finally, as they ran out of leads to pursue, they reviewed the information they had collected on the potential suspects.

Doris Hammack went to the sheriff's department to talk to a detective about her possible connection to the Izard case.

After hearing her story, Detective Nelson reviewed the letter Doris mentioned and contacted Social Services in Detroit to get copies of her intake and placement documents.

Then Detective Nelson went to talk to Detective McPhail, by then retired, to get his insights on the case.

When Detective Nelson learned that Detective McPhail's prime suspect was in a nursing home, he talked to the man's son and daughter-in-law first to find out whether he was well enough for an interview.

The detective also spoke with one of Doris Hammack's former foster parents and her former caseworker to find out more about her history.

At a local nursing home, Detective Nelson met with Elbert Warren to find out what he remembered about the case.

Then he went to see Frank Abbott to get his take on the time of the Bowlan Glove layoffs and the Izard murders.

Later, Doris showed Detective Nelson an anonymous letter she received at her hotel.

Then Doris went to see the woman mentioned in the letter to find out if she knew anything that might help.

After hearing what Doris learned, Detective Nelson looked into the background of the woman's ex-boyfriend.

Later, the detective got some information from the man's former employer about his activities in the years after the Izard murders.

Soon after one of the people connected with the case passed away, Doris underwent intensive therapy to try to recall more about her childhood.

When a local attorney turned over some papers found in an estate he was handling, they led to a search that yielded some long-sought answers.

Later, Detective Nelson went to see a man mentioned in the papers to see if he could fill in any of the holes in the story.

Finally, the local newspaper gave the community as much of a solution to the Izard mystery as they were ever likely to get.