New to the squad, where are the older files?? 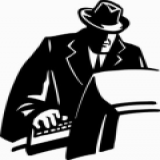 Bernacus
Thursday, August 13 2020
1 Replies
532 Visits
0
Votes
Undo
So as the title states, abd you know, I'm new to the site.
I was perusing the prior cases and noticed that a few had no links. (The black box with options to view Case Files, For Detectives only.. etc)
They have the links at the top that allow users to view the incident reports and a few select files, but no further links to explore the cases more in depth.

I'm wondering if those are totally closed now or something else with site maintenance.
Not complaining! I really enjoy the site and have been eating into the content vigorously.

Just cufious if there's more to be had with thode files or not.

Thanks!
Bernacus
P.S.
The Fontaine case:
The photo of the blood at the scene. It was a relatively small puddle for a victim of a fatal stabbing.

Was there much more blood present at the scene?
If not, is it possible he was he killed or injured at another location?
There was also a bloody foot print, but the puddle was neat.
Either it was stepped in relatively early and he continued to bleed over the print. Or, there was more at the scene that someone cleaned.

Or, is it possible that he bled internally and we're just not seeing the resulting loss?