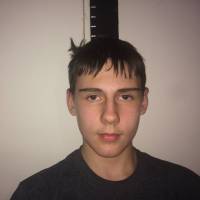 0
Votes
Undo
I believe Ernest Parish was the murderer, here's why:
Ernest Parish: Was at the scene when shots were fired, was not on post at time of murder, was carrying a fire-arm, had a not-so-great relationship with Ms. Drum, showed aggression towards Detectives when questioned about Ms. Drum, said that the Detectives “sound a whole lot like Monica, and I don’t care for your tone”, got very defensive when asked about his skill in the military, and stated that if he saw the murder he would have shot, and would not have missed, admitted to lying in initial statements, and won a marksmanship in the “International Handgun Metallic Silhouette Association”
so,
Mr. Parish killed Monica because she was an annoyance to him, he was a good shot and killed Ms. Drum. He locked the doors so that nobody could enter, he then dialed 911 and his Alibi was that he was having a cigarette. He knew that there were no cameras, so his chances of succeeding were high.
Responses (0)