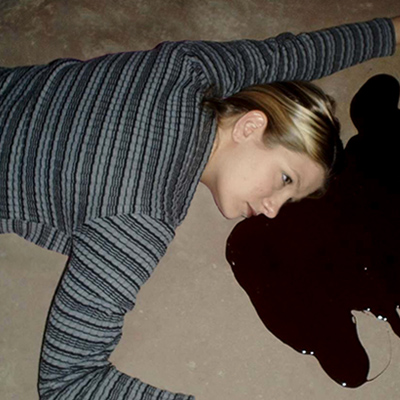 YCSD officers responded to a 911 call reporting a body found in the Oxford Centre office complex just north of the town square.

A local TV news reporter hurried to the location of the breaking news to report live from the crime scene.

After Detectives Armstrong and Murphy had inspected the scene, they sought out the 911 caller, Rita Ashbury, and asked her to describe how she came to find the body.

With that information in hand, the detectives started gathering some background on the victim, Andrea Stover.

Meanwhile, YCSD deputies canvassed the offices around the crime scene looking for witnesses, and the local crime reporter worked fast. Before the day was out, he posted articles about the sudden death of the controversial theatre director and her tainted past.

When CSU finished processing the scene, they sent over a copy of their evidence inventory, the crime scene measurements, and some photos of the location.

The next day, after Jerry and Irene Stover had had a chance to process the initial shock of their daughter's death, the detectives talked to them about what had been happening in Andrea's life recently.

At the Stovers' recommendation, the detectives next turned to Andrea's best friend, Gretchen Doyle, to find out what she knew about Andrea's last night.

That afternoon, the detectives took the Stovers up on their promise and visited their home to look around Andrea's bedroom.

The next morning, former assistant district attorney Rex Mickles, who prosecuted the case against the Oxtales members, told Detectives Armstrong and Murphy about his experiences with Andrea Stover and with people in the community during that time.

Then the detectives followed up with Gretchen Doyle's girlfriend, Ursula Raines, to see if she told the same story about where Gretchen was the night Andrea died.

When Andrea's former boyfriend, Frank Tuttle, came in, the detectives spent quite a while talking to him about his history with Andrea and about the relationships within Oxtales.

A little later,, Andrea's sex offender registration officer Vincent Fischer stopped by the station to brief the detectives on her case.

Then, Detectives Armstrong and Murphy spoke to Oxtales assistant director Dale King about his relationship with Andrea since her return.

Oxtales lead actor Henry Jackson gave the detectives his views on how things had changed in the theatre company since Andrea became the director again.

The following day, Ben Morgan, the leader of Concerned Oxford Parents (COP) who had protested so vigorously against Oxtales and Andrea Stover, spoke with detectives about their opposition to what Oxtales was doing.

Mr. Morgan also gave them a copy of the flyer COP had been distributing across the county since Andrea's release.

Later on, Oxtales actress Sheila Love came in at the detectives' invitation to discuss her relationships with Andrea and with Andrea's ex, Frank.

To follow up on the tip from Officer Fischer about the ex-con who'd been friendly with Andrea, the detectives looked into Jim Taylor's background and criminal history before talking to him about his association with her.

Once they'd heard what Jim Taylor had to say, Detectives Armstrong and Murphy asked Vincent Fischer to come in again for another conversation.

Next, the detectives turned their attention to letters Andrea got while she was away and the people who wrote them, beginning with Ethan Lewiston.

Then the detectives asked the Oxtales playwright to come in and talk to them about how he and Andrea had been getting along since her return.

While they waited for the next letter-writer to arrive, the detectives interviewed activist Norman Higgins about how he responded to Andrea's return to Oxford.

After Mr. Higgins left, the detectives reviewed the next batch of letters, the ones penned by Oxtales benefactor Owen Norris.

When arts patron Owen Norris arrived, Detectives Armstrong and Murphy pressed him to describe precisely what kind of relationship he and Andrea had.

While Detective Murphy persuaded Dr. Agarwal, the M.E., to write up a preliminary summary of the autopsy findings, Detective Armstrong put together a map of locations relevant to the investigation.

Then the detectives reviewed the letters Andrea received from people directly involved in the Oxtales scandal, starting with one of the teen volunteers, Benny Dees, and the teacher who sent the teens to Oxtales, Trevor O'Shea.

When they met with Benny, the detectives found he wasn't the sweet, studious kid he used to be.

Conversely, teacher Trevor O'Shea claimed he'd put all of his hard feelings behind him and he and Andrea had made peace.

To get a casual participant's perspective on Oxtales, Detectives Armstrong and Murphy asked their old friend, local musician Tate Moore, to tell them about his experiences with the troupe and Andrea Stover.

The detectives reviewed the letters Andrea Stover received from Mark Gable to learn how he felt about his involvement in the scandal and about Andrea herself.

After seeing his letters, the detectives looked into Mark Gable's background and asked him to sit down for a chat with them.

Dale King's letters to Andrea showed the detectives a side of him they haven't seen in person yet, so they asked him to come in and talk to them again.

Gretchen Doyle wrote the most letters to Andrea by far. When Detectives Armstrong and Murphy finally finished reviewing all of them, they asked Gretchen to stop by again to go over a few topics of interest.

At the detectives' request, the Crime Lab conducted a rush analysis of samples collected during Andrea Stover's autopsy and forwarded a preliminary report on their findings.

Detectives Armstrong and Murphy asked The Roadhouse bartender Will Sands what he saw and heard when Gretchen and Andrea came into the bar the night Andrea died.

After seeing the Crime Lab's findings on the toxin in the victim's body, the detectives decided to get a warrant to search the residence of the person they'd already been told had a connection to a possible source of that toxin.

They also obtained a list of all registered vehicles matching the bartender's description to determine whether anyone associated with the investigation owned such a vehicle.

The next day, Dale King showed up at the sheriff's department to talk to Detectives Armstrong and Murphy.

While the detectives were still processing Dale's situation, Frank Tuttle arrived as scheduled to help them resolve some lingering discrepancies.

Meanwhile, the detectives sent some investigators to talk to Dale King's neighbors to try to corroborate his story.

Later on, Detective Armstrong talked to Ursula Raines again to get her help filling in a few gaps.

When Detective Murphy found some significant evidence while executing a search warrant, she went back to the YCSD so she and Detective Armstrong could talk to the suspect.

At the end of the day, the Crime Beat reported on all the breaking developments in the Andrea Stover death investigation.