Gretchen Marie Doyle was born February 18, 1988, in Colleyville, Texas, a suburb of Dallas. Her father, Garrett, had a 25-year career as a drilling engineer before taking early retirement in 2012. Her mother, Vera, was a college student when she met Garrett in 1980 and became a full-time homemaker when Gretchen was born.

From an early age, Gretchen showed a lack of interest in her affluent social milieu. While other girls invited everyone in the class at school to opulent birthday parties with clowns, decorations, and pony rides, when she turned 10 Gretchen opted for an outing with her family to the Dallas Zoo.

While her high school classmates held cotillion balls, Gretchen preferred concocting elaborate meals for one or two friends. Her mother encouraged her interest in cooking because Vera viewed the skill as essential for attracting a husband and thereby securing one's station in life. By age 17, Gretchen's cookbook collection — consisting primarily of gifts from her mother – included 27 volumes.

Despite this shared interest, Gretchen and Vera's relationship grew stormy during Gretchen's adolescence as it became clear that she would not conform to the role of society debutante. Gretchen also vexed her gregarious little brother, Wade, who made the varsity football team as a freshman and enjoyed wide popularity. Whenever he hosted team barbecues, Wade implored Gretchen not to embarrass him.

Gretchen had a flair for the visual arts, which grew into a passion for painting during high school. From 8th grade onwards, she entered paintings in the State Fair of Texas Creative Arts competition and won prizes four times, including a Best of Show her junior year of high school. In Colleyville, Gretchen's paintings were part of a Community Center exhibit of local students' works during her sophomore year of high school.

Because of her passion for art, Gretchen jumped at the chance to go on a school-sponsored tour of France in June of 2004. In addition to seeing the Louvre and Orsay museums, Gretchen also had first serious romantic entanglement with schoolmate Ted Barton. Previously, she had barely endured several dates, all choreographed by Vera.

Gretchen and Ted's relationship lasted through the summer after their return from France. When Ted broke up with her shortly after the beginning of their junior year, she was crushed and withdrew even further from the social scene.

In 2006, the Mustang Gallery mounted an exhibition in her honor, although Gretchen complained that it was nothing more than a publicity stunt and an opportunity for Vera to demonstrate her hostessing talents at the opening reception.

When Gretchen announced she intended to go to art school, her parents initially tried to talk her out of it. Although they hardly expected her to major in business as Wade intended to do, they thought she might choose a more traditional vocation, perhaps as an art teacher if nothing else, until starting a family. But Gretchen persisted, and Garrett ultimately overruled Vera, saying, "Let the girl sow her wild oats. It's a new millennium, after all."

As a compromise, Gretchen agreed not to move to the Northeast as she had wanted and instead chose to obtain her B.F.A. in Studio Art from Ole Miss. She based her decision on impressions of Oxford's small-town charm and artsy environs from a visit to the area in 2001 for the annual Doyle family reunion hosted that year by Patricia and Art Doyle, Gretchen's father's cousin and his wife.

She planned to renege on the deal she'd struck with her parents and transfer to the Pratt Institute in New York on scholarship, but was crushed when she wasn't accepted into the program either as a sophomore or a junior. Confronted with the possibility of limited success as a painter, Gretchen changed her concentration to graphic design.

It was during her unsettled vocational transition that Gretchen met Andrea Stover and began seeing her romantically. Although Gretchen had been involved in casual relationships since her arrival in Oxford, she had not been emotionally intimate and considered herself apathetic when it came to matters of the heart. The thought that bisexuality could explain her lack of interest in men was a relief to Gretchen.

After her affair with Andrea ended on friendly terms, she continued to explore relationships with women, including a year-long commitment with student Sadie Ziegler. Gretchen and Sadie traveled together in Italy and France for several months after graduation in 2011. Upon their return, Sadie decided to move to San Francisco, and the relationship ended.

After Sadie left, Gretchen began dating men again – much to the relief of her parents, who wondered when their daughter would settle down and move back home. Gretchen's relations with her parents remained strained, however, as she refused job offers from Austin and Dallas ad agencies to stay in Oxford. She spoke with her parents infrequently and rarely traveled to Texas, unlike Wade who'd married and settled in Midland, Texas, after earning a business degree from Penn State.

Gretchen's relationship with Andrea – which had blossomed into a deep but platonic friendship – was the highlight of an otherwise small-town existence. As always, Gretchen preferred to stay out of the social whirl and instead maintained relationships with a small circle of friends. She volunteered for the Yoknapatawpha Arts Council and was active in the Mississippi Democratic Party. At a Democratic party fundraiser in 2016, Gretchen met Ursula Raines, and they began dating soon thereafter.

With her love life stable, Gretchen has lately focused on her career and is considering sending her portfolio to ad agencies in New Orleans and Atlanta, in the hopes of doing contract work from home in Oxford.

mcgoo
This comment was minimized by the moderator on the site

can we get any video from there?

Good question. Was it Gretchen that Andrea went to see on the balcony?

So Gretchen and Andrea were both headstrong and detached from their parents. They had an affair and then became friends. Could something have happened in their relationship and did Gretchen kill Andrea?

Scarlett
There are no comments posted here yet
Tell your friends about Crime Scene
Tweet
Visit our online store shop.crimescene.com 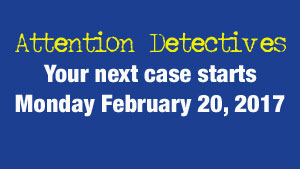