Lee Merryweather was Victor Jennings' personal assistant and is the person who found his body and called 911.

Detective Murphy: Thank you for waiting, Ms. Merryweather. I know it's been a long day.

Lee Merryweather: Not such a good day for me. I'm still in shock.

Detective Parker: Before we begin, would you please state your name and address for the record?

Detective Murphy: What was your relationship with Victor Jennings?

Lee Merryweather: I was his personal assistant.

Detective Parker: Which means you did what?

Lee Merryweather: At first, I was just responsible for his clothes, taking his suits to the cleaners and picking them up, and seeing that his suits were matching the rest of his outfits. And I kept the calendar for his appointments and made sure he always knew what was coming next. You know, things like that.

Detective Parker: But at some point, you were given additional responsibilities?

Lee Merryweather: Yeah, eventually, he started trusting me with more details of his business. I kept the files on his clients. And of course, lately, he's needed a lot more help with personal stuff because of the house arrest.

Detective Parker: Do you know why he was on house arrest?

Lee Merryweather. Everyone knows. He was charged with trying to extort money from Mr. and Mrs. Hollywood. I mean, I knew he was trying to cheat some Hollywood people, but I never knew who they were. Well, until he was under arrest and their names came out.

Detective Parker: And what were those names?

Lee Merryweather: You must've heard. They're famous even among the famous. Michael and Samantha Hawke! I can say one thing for Victor. He sure aims high.

Detective Murphy: Tell us about what happened when you went to Mr. Jennings' house today.

Lee Merryweather: It's hard to talk about, you know? Even though Mr. Jennings wasn't a likable person, I wouldn't wish that on anyone.

Detective Murphy: You mean his death?

Lee Merryweather: Yes, and the way he died.

Detective Murphy: Could you describe what you saw when you arrived?

Lee Merryweather: It looked like he was getting the dishes and silverware out of the dishwasher and slipped and fell. There was a lot of blood.

Detective Murphy: Could you tell where the blood was coming from?

Lee Merryweather: Yes, it was coming from his chest somewhere.

Detective Murphy: You saw a wound in his chest?

Lee Merryweather: Well, no, but he was lying there on the floor in all that blood. I guess I just assumed it was coming from his chest.

Detective Parker: Why do you say Mr. Jennings wasn't a very likable person?

Lee Merryweather: I saw a lot of questionable stuff going on with him and his shady friend. Mr. Jennings knew a lot of wealthy people, and he was always scheming to make money off of them, and not always in the most honest way.

Lee Merryweather: He didn't confide in me about a lot of his business deals, but I heard discussions in his office and over the phone. He was blackmailing some people, but he never used any names. He always called them "Mr. and Mrs. Hollywood."

Detective Parker: Tell us what you were doing at Mr. Jennings' residence tonight. How often did you go there in the evenings?

Lee Merryweather: Sometimes, only if he needed me.

Detective Parker: You still haven't told us why you were at his house this time.

Lee Merryweather: Sorry. He had called me earlier in the afternoon and asked me to pick up some groceries for him. He couldn't leave the house, you know. I was too busy then to do it right then, but later, I finally managed to find some time to take care of it. I just wish I could've done it earlier. Maybe things would have been different.

Detective Murphy: Maybe not. Did you ever meet any of Mr. Jennings' family or friends?

Lee Merryweather: That was the strangest thing about Mr. Jennings' life. He never had many visitors. We flew out to California a couple times a year, but nobody came to him. Most of his business deals were done over the phone or on the internet. I did meet the guy that does his dirty work, though. He kinda weirds me out. I kept my distance from him as much as possible.

Detective Murphy: Who would that be?

Lee Merryweather: His name is Carl, and he took care of people that Mr. Jennings didn't want bothering him.

Lee Merryweather: I don't know. Can we talk about this later? I feel sick. I'd like to go.

Detective Murphy: All right. You can go, but we'll need to talk to you again soon.

check in w/ CSI team for any dishes out? was the dishwasher open or closed? Any knives missing? next interview, ask if she can say if any knives missing, if so ck if murder weapon matches vic's home or not.

How, if a body is lying face down would you know that "It looked like he was getting the dishes and silverware out of the dishwasher and slipped and fell." In her words. 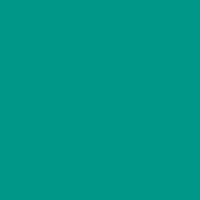 why would there is so much blood if he fells in kitchen with severe wound that leads to death, mostly it is not accident if no objects are near the victim
if he is able to afford personal assistant, does he have cook who take care of kitchen
does...

why would there is so much blood if he fells in kitchen with severe wound that leads to death, mostly it is not accident if no objects are near the victim
if he is able to afford personal assistant, does he have cook who take care of kitchen
does Ms. Lee saw water near dishwasher which might made him slip
if not why would she assume he fell down while getting dishes
who else stays at home along with victim
any other finger prints found near victim
blood coagulation time and time at which Ms.lee saw the victim
check it out

Read More
Naga Munindra
There are no comments posted here yet