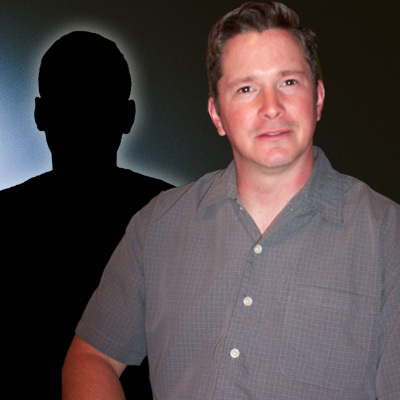 When Vanessa Pruitt returned from a few days out of town, she found her husband and a stranger apparently shot to death in the basement rec room of her home. Sheriff's department personnel responded to her 911 call and investigated the scene well into the night.

Mrs. Pruitt was too upset the night before to speak with investigators, so Detectives Armstrong and Murphy went to see her first thing the next morning.

After hearing what she had to say, the detectives got some more information about her husband and then joined other investigators in talking to the Pruitts' neighbors.

Back at the station, they reviewed the inventory of evidence CSU collected from the crime scene. Then they met with a fellow officer who was working nearby on the night investigators believe the shootings happened.

The next morning, Detectives Armstrong and Murphy visited Robert Pruitt's law office where they spoke to his partner, Gary Rayburn, and talked to the secretary, Mira Lee.

Within a couple of hours, a man who reportedly threatened Robert arrived at the station to talk to the detectives.

Later, after they talked to someone who allegedly could vouch for Mira's whereabouts, the detectives set out to check out Gary's story.

To start off the day, the detectives reviewed the preliminary reports on the autopsies of the two victims.

A short time later, Detectives Armstrong and Murphy met with one of Robert's disgruntled former clients.

After they sent Jackie on her way, the detectives dug into the second victim's background to learn more about him.

While they waited for their next interviewee to arrive, Detectives Armstrong and Murphy looked at where some locations significant to the investigation are in relation to each other.

They also refreshed their memories on which case Pruitt was about to defend in court.

In response to their request, the second victim's older son came in to talk to the detectives.

Then, Detectives Armstrong and Murphy drove to Pontotoc to speak with the second victim's ex-wife.

When they got back to Oxford, the detectives went to see the second victim's younger son and business partner.

Nasreen Chaudhary posted a comment in Vanessa Pruitt interview
I think she knows fine well who the other person is, when asked several times, she tries to make out...
about 2 weeks ago

Block10 posted a comment in Crime scene diagram
the dvr and the dvd player along with the chair closest to the bodies look out of place. if you look...
about 5 years ago

Cherrie posted a comment in Mira Lee interview
She seems pretty straight forward. I think she knows more than she's telling though. Can't wait to s...
about 5 years ago

Chris posted a comment in Evidence inventory
The contents of John Doe pockets are not the average day contents, a pocketknife and a flashlights, ...
about 5 years ago