On Sunday afternoon, YCSD investigators canvassed Devlin Beauchamp's neighbors to determine who may have seen or heard anything unusual on the night of June 30, 2018, or the early morning hours of July 1, 2018.

The following interview descriptions, provided in summary and not verbatim, are some of the most typical or relevant to the investigation and are representative of all interviews conducted.

Ms. Gower said she did not notice any unusual activity on the night of June 30, 2018. However, she did notice on July 1, 2018, that Mr. Beauchamp did not take his usual early morning run at approximately 6:00 a.m. which she frequently joined him in. She knocked on his door at approximately 6:20 a.m. to see if he was running late, but there was no answer.

She said his car was parked in his drive and so she was sure he was home at that time. She also noticed that the morning paper was still on the porch and had not been taken in. When Mr. Beauchamp did not answer his door, she assumed he had company and decided she should not bother him any further.

Ms. Gower did not recall seeing a vehicle parked in front of her house on the night of the 30th, but says she got home at approximately 7:00 p.m. and retired to her sofa where she watched Netflix until well after midnight, never looking out the window or going outside again until morning.

Mr. Jackson said he had no recollection of seeing any unfamiliar vehicles in the neighborhood on June 30, 2018.

Mr. Newton noticed a dark-colored foreign sedan, probably made by a Japanese auto manufacturer, parked in front of Ms. Gower's residence on the night of June 30, 2018.

Mr. Newton said he did not recognize the vehicle as belonging to any of his neighbors and assumed Ms. Gower had had a visitor. He first noticed the sedan at approximately 10 p.m. At approximately midnight, he noticed that the car was gone.

When asked if he wrote down the license number or any other distinguishing characteristics of the car, Mr. Newton stated that he didn't think it was threatening, just that he didn't recognize it. When he saw it parked in front of his neighbor's house, he assumed she had company and left it at that.

Mrs. Oxbow is a widow and lives alone. She said she is given to bouts of insomnia and is often awake during the early hours of the morning. She is also a participant in the Neighborhood Watch program set up in this area and so is accustomed to keeping an eye on things.

She reported that she saw Mr. Devlin Beauchamp arrive home at approximately 10:15 p.m. on Saturday, June 30, 2018. He pulled his car into his driveway and went directly into his house.

Approximately twenty minutes after her arrival, the young woman exited Mr. Beauchamp's residence and appeared upset. When asked to describe the young woman, Mrs. Oxbow said she did not get a good look at her since it was dark and the young woman never turned in her direction. She believed her to be young because she seemed to be trim and walked with good posture and moved like a young person does.

Mrs. Oxbow believed she saw the woman get into a small, dark-colored, foreign sedan, possibly a Honda or Toyota. She got a partial license number: I47. Mrs. Oxbow also believes there was some damage to the rear right fender but did not get a close look at it. She also observed an unusual bumper sticker which appeared to have a picture of a multi-colored hot air balloon with what she believed to be a foreign word starting with the letter "p."

On July 1, 2018, Mrs.Oxbow saw Carl Dixon arrive at approximately 11:00 a.m. Mrs. Oxbow said she recognized Mr. Dixon because he had been to Mr. Beauchamp's residence numerous times in the past and Mrs. Oxbow has met and talked with him on several occasions.

Mr. Shaw is a musician and was returning home from a job at approximately 3:00 a.m on July 1, 2018. He noticed that Mr. Beauchamp's upstairs light was on. Mr. Shaw said this was unusual since he knew Mr. Beauchamp to be an early riser due to his business.

Mr. Shaw saw no other unusual activity at the house or in the neighborhood. 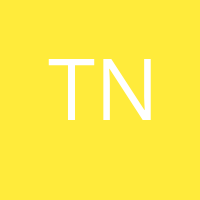 You’re right, it doesn’t. And she doesn’t mention seeing Jackson return the baseball equipment, part of which are two bats. One could be the murder weapon.
She doesn’t say where the dark-colored car is parked. Is this the one Newton saw parked...

You’re right, it doesn’t. And she doesn’t mention seeing Jackson return the baseball equipment, part of which are two bats. One could be the murder weapon.
She doesn’t say where the dark-colored car is parked. Is this the one Newton saw parked across the street? Strange that Jackson wouldn’t have seen it.
Shaw saw a light at 3a on 7/1, but Gower didn’t mention seeing it on when she knocked on his door later at 6:20a.

swade1021
There are no comments posted here yet