The career of a rising beauty pageant contestant ended tragically today when she was the victim of an apparent homicide.

Sources say that when Barbara Dubois did not respond to knocks on her door, her mother contacted YCCC management and obtained access to Barbara's room, where she found her daughter gone and her bed reportedly not slept in.

Jones would not disclose further details of the case pending ongoing forensic analysis and investigation but said the department was pursuing several leads.

YCCC guests and employees react with shock and sorrow

"This is a terrible tragedy. Our thoughts and prayers are with Barbara's family and friends," said Yvonne Boyd, YCCC Events Manager.

"She was a real sweet person," said Sam Tuttle, owner of Tuttle's Confections and Barbara's sponsor in competition until last year. "We're all at a loss as to who might have wanted to hurt her."

Ms. Dubois' longtime coach Marty "Slim" Rutgers said, "I loved her more than any man could love a daughter."

"I didn't see nothing," said Norm Resol, YCCC custodial engineer. "But I saw her before. Very pretty young lady. Prettiest of all them that's here. It's a shame, a real shame."

Barbara Dubois had a lengthy career in the pageant circuit and had been entering the competitions since the age of five. Other pageant contestants described her as an accomplished dancer who often performed complex routines for her skills competition.

A graduate of the University of Mississippi, Dubois had no siblings and is survived by her mother, Susan Dubois of Yoknapatawpha County. Mrs. Dubois, 43, was not available for comment.

Some observers had predicted that Barbara Dubois would win the pageant and are now wondering what will happen.

The show must go on?

Walbert Dopelson, director of the Yoknapatawpha County Literature Festival, said that he hoped this tragic event would not cause people to shy away from the festival's many activities.

Allie Lamar, owner of Lamar Cosmetics, the pageant's official corporate sponsor, agreed. "I knew Barbara," she said. "She believed in the pageant and competitions like it with all her heart and soul.

"Barbara would want us to continue, even in the face of tragedy and adversity. That's what she did, and that's what we'll do." 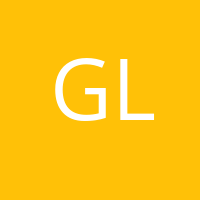 Again, this slim guy is really starting to sound like a real creep. I think it was him next to possibly Denny.

I wonder what tragedy and adversity, she had to go on "after the wake of". What does Ms. Lamar know. Still putting my sites on Mom and Ms. Lamar

Susan and Allie have a plan to put an end to Bill and Barbara once and for all. I wonder why those two parents hated their kids so much? Allie brings in Miss animal activist to help with the scheme. Barbara calls the only one she thinks she can...

Susan and Allie have a plan to put an end to Bill and Barbara once and for all. I wonder why those two parents hated their kids so much? Allie brings in Miss animal activist to help with the scheme. Barbara calls the only one she thinks she can trust, whom I am sure is the one who emailed Bill, to get him to rescue Barbara or it was the "trainer" Evil obvious suspect one and two are busy. I don't know what went wrong, but what was supposed to be the end of a relationship, instead wound up the end of a life.