Sofia Church is a real estate agent at the Harte Agency.

Detectives Murphy and Parker spoke to her again at the Yoknapatawpha County Sheriff's Department.

Sofia Church: My name is Sofia Church, and I live at 102 Augusta Drive, Oxford, Mississippi.

Detective Murphy: How are you handling the shock of discovering Annette Wyatt's body?

Sofia Church: I'm still having nightmares. I can't imagine they'll ever go away.

Detective Murphy: Things will get easier as time goes on. At least, that's been my experience.

Detective Parker: Thank you for coming in. We just have a few questions.

Detective Murphy: When we last talked, you were shaken, as might be expected. I just wondered what else you might have remembered since then.

Sofia Church: There are days like it never happened, and other days when I relive the whole experience in slow motion and with more details. That's especially how it is at night when I'm lying there awake. I told you before that I didn't remember seeing the nail gun, and at the time, it was true. But now, I can't get the image out of my head.

Detective Murphy: What do you picture when you imagine the nail gun?

Sofia Church: That pale green handle. I had a bike that color when I was ten.

Detective Murphy: What else do you remember?

Sofia Church: That I didn't mention before? Nothing that comes to mind. Although, there is something that bothers me about that day.

Detective Murphy: Give it time.

Sofia Church: I … I just can't put my finger on it.

Detective Parker: Meg told us that the agents often used the nail gun to touch up a property before showing. Did you ever use it?

Sofia Church: I've found that trying to make a quick repair frequently makes things look worse than they did. Better to leave well enough alone. But that's it. I expected to see the folders prepared, and I was going to take a quick look through mine while I was there Sunday.

Sofia Church: When Meg has time and the moon is in the right house, she puts together folders of that week's hot properties for the Monday sales meeting. I had asked her about the folders late in the day on Friday, and she hadn't completed them yet. I sort of thought she might've stayed late to finish the task. Anyway, I was surprised not to see them and then discovering Annette….

Detective Parker: No one seems to know why Annette was at the office that Saturday evening. Did she say anything to you about coming in?

Sofia Church: No, but then she wasn't one to chat, not with someone who wasn't in the market.

Detective Parker: Speaking of the market, Jeff mentioned that Harte Agency had lost some clients to Pearce Brokers. Do you know anything about that?

Sofia Church: In sales, if you're not at the top of the pile, someone else must be to blame. Start thinking it might be your fault, and you lose confidence. Lose confidence, and it's that much harder to close the sale. After that, it's a self-fulfilling prophecy.

Detective Parker: Does that mean you don't believe there was something fishy going on?

Sofia Church: It's so hard to separate the rumors from the paranoia, especially now, with Annette's murder. I know someone who was murdered. I never imagined I would ever say those words. I … is that all you wanted to know?

Detective Murphy: You used to work at Pearce Brokers, didn't you?

Sofia Church: A few years ago.

Detective Murphy: Why the change?

Sofia Church: I had an opportunity to make more money at Harte.

Sofia Church: Rita is very … driven. That's why she's so successful. But it can be stressful working for her. Jeff is more laid-back, and I just prefer working for him.

Detective Parker: What if I told you that some people have suggested that you're the one who's been giving information to Pearce Brokers?

Sofia Church: Who said that? I would never! I can't believe anyone actually thinks that. Who told you that?

Detective Parker: Well, you did work for Pearce Brokers until recently.

Detective Parker: Is there anyone who would want us to think it was you?

Sofia Church: I can't imagine. Unless someone really was giving information to Pearce and wanted to put the blame on someone else.

Detective Murphy: Before we wrap up, can you tell us the last time you were at Annette's house?

Sofia Church: It's been months. I stopped by to pick something up or drop something off. It's been so long, I can't remember.

Detective Murphy: Thanks again for coming in. And if you do remember anything else that might be significant, don't hesitate to call.

My name is Inigo Montoya posted a comment in Wyatt residence evidence
I think it was staged too!
about 1 month ago 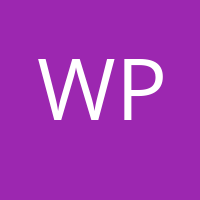 W. Phobia posted a comment in Crime scene canvass
I'd think i know who it is, Gerald seems to be pretty suspicious.
about 1 month ago