Tara Copeland was born on December 28, 1986, to Andy and Diana Copeland in Ripley, Mississippi.

Andy worked as a plumber to support his wife and three children, of which Tara was the youngest.

Her older sister and brother, Tiffany and Tyler, held part-time jobs while attending the local high school. Both eventually dropped out to work full time, making Tara the first and only member of her family to receive a high school diploma.

Her mother, Diana, was a stay-at-home mom who took great pride in their humble lifestyle and trailer home—a philosophy that Tara vehemently opposed.

According to her high school counselor, Tara was "a good student. She studied hard because she wanted nothing more than to move away from this town and pursue a bigger, better life."

Shortly after graduating at the age of 17, Tara moved to Oxford, where she hopped from job to job for several years, quitting at the slightest hint of dissatisfaction. She has worked as a barista, grocery store cashier, department store sales associate, and hospital secretary.

Former co-workers described Tara as shrewd and arrogant with a habit of pointing out others' mistakes and sucking up to her supervisors. She has a knack for saying things that people like to hear but chooses her friends to serve her own agenda.

Tara's big break came in 2015 when she was offered the office manager position at Pearce Brokers. She has worked there since, a surprisingly lengthy commitment for a woman who dyes her hair a new color every month.

According to a close friend, "Tara needs some stability in her life. I'm not sure which is more impressive—her credit card debt or the list of men she's slept with."

In her spare time, Tara can be found frequenting clothing boutiques, yoga classes, hair and nail salons, charity galas, or Ole Miss Alumni events, despite having never attended the university.

She has a seven-year-old daughter, Lexie, who is the result of a previous relationship with a man that Tara refuses to name. 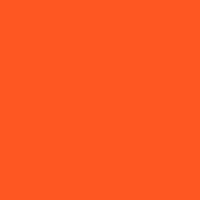 Jack Gallin posted a comment in Wyatt scene evidence inventory
Not many people carry that much cash on them, could've been a bribe, or it could be some form of pro...
about 5 years ago

McGeek posted a comment in Elliott Owens interview
They'd been working on this project for weeks and didn't find anything? Was Elliott dragging it out ...
about 5 years ago

lgillette posted a comment in Wyatt residence evidence
What's a Micro SD storage card? Can anyone fill in? Would like to see a picture of the clock, what w...
about 5 years ago