Sofia Gibbons Church (Iglesias) was born on December 18, 1987, to Denzel and Laura Gibbons. The couple had a son, Kevin, when Sofia was three years old.

Although Denzel worked for a trucking company, he was a short-distance hauler and managed to eat dinner with the family most nights. Laura taught third grade until giving birth to Sofia and returned to teaching after Kevin entered school. The Gibbons owned their home and took a two-week vacation every summer, camping in a different state each year.

Sofia's former teachers remember her as the student who always had her hand up first. Said her seventh-grade English teacher, "Perhaps because her mother was a teacher, Sofia seemed desperate to impress us." Sofia graduated fourth in her class.

After attending Ole Miss and earning her bachelor's degree in business administration, Sofia studied for and passed her real estate exam. While working towards that goal, she met Dr. Angel Iglesias at a public concert, and the two began getting together to hear live music.

Dr. Angel Iglesias was six years older and already a practicing dentist when the two met. They dated for three years and then married on the anniversary of the concert where they first shared a blanket. The couple has three children: Angela, Tony, and Daniel. Sofia's mother-in-law watches the children when their parents aren't home.

After the usual succession of typical high school and college jobs, Sofia worked at Pearce Brokers until two and a half years ago, when she accepted her current position at Harte Agency. 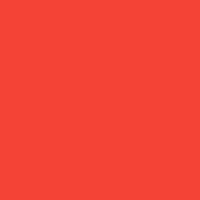 Calving Ware posted a comment in Realtor found dead
While in no way evidence of a crime awfully strange the business owner can't be reached for comment ...
about 3 days ago

daroo196 posted a comment in Incident report
The full moon over Pisces knows the truth.
about 5 years ago

lgillette posted a comment in Jeff Harte alibi check
I think Annette was getting ready to jump ship for the Pearce Brokers. I think Annette had had enoug...
about 5 years ago

Leanne Talbot posted a comment in Incident report
It seems strange to me that from the position of annettes body she seems to have been using the phot...
about 5 years ago