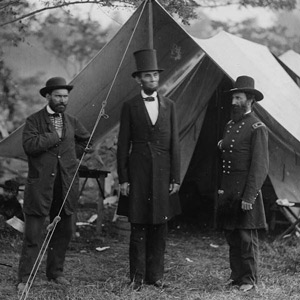 For the third time in as many months, the University's Academic Council denied funding for Dr. Charles Lowry's controversial conference entitled "Reconstructing the Civil War: If the South Won…"

At a meeting Monday night in the Law Center, Dr. Lowry, professor of Civil War studies at Ole Miss, presented the third draft of his proposal for a four-day, university-sponsored conference that would attract scholars of American history and war to study the potential effects of the United States and the world had the Confederate army won the Civil War.

The Academic Council — comprised of a specially selected board, faculty members and a student panel — spent little time rejecting Lowry's proposal on the basis that it lacked intellectual merit.

"As I've said before, that claim is ridiculous," Lowry stated to a room of 45 delegates and nearly 50 supporters, skeptics and students. "There is a wealth of merit to be found in exploring the flipside of the coin. Why do we study scientific theories and hypotheses? Why are we interested in the Big Bang Theory or wormholes in outer space? Are we only to investigate that which we know to be true, that which is easy for us to understand?"

Council chairman Brett Matthews responded, "What you're proposing is an imaginative history, Dr. Lowry. I think I speak for everyone when I say that our university and the rest of the academic world would benefit far more by focusing on actual history, the sort which our ancestors fought and died to make a reality and which continues to affect our views today."

"I think the academic world would prefer you not use your lack of foresight and your rampant patriotic clichés to decry progressive education," Lowry replied sharply.

After a call to order, Lowry was reprimanded for his behavior, and the proceedings continued in other matters.

After the meeting, the observers' opinions were divided.

"I'm as true a Southerner as anybody, but some of the things Lowry wants to do are just plain crazy," said Trey Bradford, a junior political science major from Biloxi who was present at the meeting.

"Some of his ideas are quite intriguing," said Phillip Jenkins, professor of history. "I know I would be front and center for the re-enactment of the Battle of Shiloh, where Beauregard runs Grant out of town and the South blocks the Union advance on the Mississippi River."

Aside from the battle re-enactment, Lowry's conference proposes such lectures and panel discussions as "Hall of Southern Presidents: Imagining the Model for Strong Western Leadership," "Hog Jowls and Corn Whiskey: Hosting the 20th Century World Party" and "Civil Rites: The Evolution of Slavery."

Many noted scholars have already pledged their participation in the conference, which was scheduled for mid-July of next year.

"We have no doubt that Lowry could concoct an interesting conference. If you've read his books, you'll see he has many fantastic theories and ideas about the Civil War," said Matthews in a post-meeting interview.

"But it comes down to the fact that the University of Mississippi is not interested in propagating the idea that the South should have won the war or that the South's interests in the war are worthy of glamorization," Matthews continued. "We'll leave that to the numerous Confederate organizations and rednecks who won't let go of the South's loss."

Lowry, however, stands by his proposal.

"Obviously, Matthews and the rest of the so-called Academic Council have very little understanding of the Civil War and the Southern stance in that war," Lowry said in response. "But their reaction to my proposal is typical. People shun and denounce what they don't understand, even in a setting of higher learning such as this."

Added Lowry, "Part of my hope for this conference was to cure some of this misunderstanding about the Civil War and to explore how it affects us so many generations later."

By Oxford Weekly Planet News at 10:00 AM