Yoknapatawpha County Sheriff's Department officials this morning arrested an employee of Santa's Toy Shoppe in connection with the death of Caroline Jordan, her co-worker.

Jordan was found dead after a neighbor called 911 to report seeing someone run over Jordan's mailbox and flee the scene. While investigating that incident, a YCSD officer discovered the body.

Morgan Pierce, owner of Santa's Toy Shoppe, later confessed to hitting the mailbox. Pierce, 35, was also a suspect in Jordan's death before Ford was arrested.

Ford is an Oxford native and a longtime employee of Santa's Toy Shoppe. Jones would not comment on a motive in the murder, but people familiar with Ford say she resented Jordan because of events in the workplace.

"Nancy's always been wound tight," said a co-worker of the two women who asked not to be identified. "It was just a matter of time before she did something crazy, but I never thought she'd go this far."

Ford is currently being held at the Yoknapatawpha County jail and is expected to make her first court appearance tomorrow.

A person answering the phone at Ford's residence declined to answer any questions or comment on the arrest.

Friends and neighbors are still struggling to cope with their loss as well as the shock of the murder and learning the identity of the accused killer.

"This is a terrible tragedy for everyone involved," said Bonnie Duncan, Jordan's neighbor. "But this was Carly's favorite time of year, so we'll all try to focus on the joy of the season as much as we can. It's what she would want." 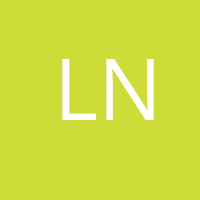 Lewis Newbury posted a comment in Incident Report
The hand being under the dumpster is an odd theory but I haven't researched that far into it yet so ...

lgillette posted a comment in Phil Shaw interview
cfp et al - If you were a scummy low-life gambler and someone owed you money and didn't pay up, woul...