Thomas Hammond was born in 1941 in Jackson, Mississippi, to Joshua and Elizabeth Hammond. Thomas' father was working through medical school, and when he finished, he relocated the family to Tupelo where he joined another doctor with a growing medical practice.

Even though he he could've had an easy life as a doctor's child, Thomas Hammond was taught to work hard. His father was the son of poor farmers and had worked his way through medical school. Even after Joshua Hammond became affluent from his medical practice, the Hammond family still lived well below their means, and Thomas often worked different jobs after school and during the summers.

When he graduated from Tupelo High School, Thomas applied to the University of Mississippi. His father agreed to pay for half, but said Thomas would have to earn half his tuition himself.

During his years at Ole Miss, Thomas was a popular and hard-working student. His peers respected his drive and determination. Thomas worked extra hours to come up with the money necessary to join a fraternity and he eventually became the president. It was while serving in this office that Thomas met the woman he would marry.

Gloria Farrell was born to "Big Jim" and Louise Farrell in Oxford. Her father ran Farrell Motors in town, and in high school, Gloria was well known for the nice cars she drove.

She was also well known for her spoiled nature and selfish attitude. A constant refrain accompanied any setbacks or difficulties which Gloria might face: "that teacher doesn't like me." Even on standardized tests, Gloria somehow managed to claim that the tests were unfair and that her poor scores weren't her fault.

After high school graduation, Gloria went to Ole Miss, where she was immediately accepted into a sorority as a legacy.

Gloria's grades were never particularly good, due to her lack of effort. Typically, she signed up for whatever classes were known to be particularly easy.

On the rare occasions when she somehow ended up with a professor that expected her to do a little work, she would not hesitate to fall back on her usual array of excuses. 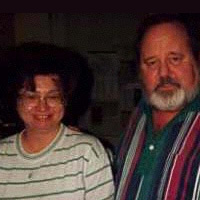 As they got more and more serious, his friends began to warn Thomas. "Sure, she's fun now, but what's it going to be like later?" they often asked him. "That attitude of hers is going to wear thin eventually." However, Thomas would not listen to their concerns, and on June 17, 1972, the young couple married.

Shortly after the marriage, Thomas went to work at Farrell Motors and quickly worked his way up through the ranks. His work ethic and determination became well known around the dealership.

Everyone liked the fact that no task was too small for him. He wouldn't hesitate to roll up his sleeves and wax cars or sweep the lot or whatever needed to be done. The fact that he was the owner's son-in-law meant nothing to him, hard work being the only thing he knew.

Gloria, on the other hand, was not well liked by many of the people at the dealership. She would show up and start ordering around the staff, demanding that her car be washed regardless of what anyone was already working on.

By this point, Thomas was beginning to wish that he had paid more attention to his friends' warnings. Gloria's attitude was starting to wear on him, and to escape her, he dove even more into his work.

Already famous around town for his work ethic, Thomas turned up the pressure and began working even more. This effort finally paid off, and when Big Jim Farrell retired, Thomas was put in charge of Farrell Motors.

It was shortly thereafter that Thomas and Gloria had a son. Almost immediately, the couple began fighting over how to raise the young boy.

Thomas, of course, wanted Roger to learn the value of hard work and determination. Gloria wanted to coddle the boy. No matter what Thomas tried to teach Roger, Gloria always seemed to undercut his efforts.

By the time Roger was in high school, Thomas had largely given up on trying to fight his wife. He did succeed in getting Roger to marry the girl he'd gotten pregnant, but even then, Gloria made excuses for the boy.

When Roger's wife divorced him, Thomas wanted to make him stand on his own, but Gloria brought him in and babied him again. As much as Roger's growing drug addiction pained Thomas, Gloria always stepped in the way of everything he tried to do.

When Roger finally decided to enter a drug rehab center in 1998, Thomas supported and applauded his decision. Gloria insisted that Roger choose a clinic outside of Oxford because she wanted to keep the family's personal business private.

In recent times, Thomas has focused his attention on his granddaughter, Liddie. He feels that he may have lost his son to Gloria's spoiling, but he refuses to let his granddaughter suffer the same fate.

Gloria dotes on Liddie as much as Thomas does and is determined to raise her as a "respectable young lady."