On September 3, 1954, Zina was born to Daniel and Mamie Jacinto. Within days of her birth, her father lost his job. Daniel was able to do odd jobs here and there to keep food on the table but struggled to pay all the bills every month.

Daniel, Mamie, and Zina were regular churchgoers, but the hard times made Daniel lose his faith, and eventually, he stopped going. His rejection of the church put more strain on the already-difficult marriage, and when Zina was six, Daniel took off.

With the loss of Daniel's income, what had been a hardscrabble existence for the Jacinto family became even worse. Mamie took on multiple low-paying jobs to support Zina and herself, relying on her church friends to look after Zina while she worked. The long hours and hard, physical work took their toll on Mamie, and just three years after Daniel left, she died from complications due to pneumonia.

The church members took in the now-orphaned Zina, but she never stayed with any of them longer than six months. They found her hypervigilance, sensitive temperament, and frequent health complaints challenging to deal with.

Everything changed when Zina moved in with John and Mary Skeleton, an older couple who never had children of their own who quickly fell in love with Zina. After she'd been with them for several years, the Skeletons decided to officially adopt her. Unfortunately, before the adoption was finalized, John and Mary were killed when they pulled into the path of an oncoming truck at a busy intersection.

The Skeletons had already made Zina the sole beneficiary of their life insurance policy, naming Mary's brother Joseph as trustee until Zina turned 18. When she came of age, Zina received the Skeletons' Turnberry Circle home and property, along with more than enough money to support her for the rest of her life.

Joseph still checked in on Zina regularly and tried to help her as much as she'd let him, but Zina kept him at arm's length, and he never really understood her odd behavior. When Joseph passed away in 2001, his son Joey took over looking after "Cousin Zina."

Once Zina started living alone, she became increasingly eccentric. In those days, her house was relatively isolated without many close neighbors. She joined the Fellowship of the Holy Spirit church, where she attended services and activities several times every week. Other than that, Zina didn't socialize much. She preferred the company of cats, feeding and adopting any strays who crossed her path.

After her neighbor Victor Jennings was murdered, Zina told friends that life in her neighborhood was much more peaceful, but Zina's peace didn't last. A few months later, the pastor of her beloved church was murdered on Easter Sunday. The ensuing scandal touched not only Zina's church life but also her family life.

Since then, Zina has stayed active in her church and her subdivision, acting as a self-appointed neighborhood watch. Her church friends look after her, driving her to church services and activities, doctors' appointments, the grocery store, and whatever else she needs. 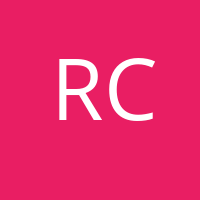 I think Mrs. Moron murdered is related to the murder case file against the pastor and the other murdered which had happen post 2001, this also state that when Mr. and Mrs. Moron moved to hometown and hence they might not be aware about this...

I think Mrs. Moron murdered is related to the murder case file against the pastor and the other murdered which had happen post 2001, this also state that when Mr. and Mrs. Moron moved to hometown and hence they might not be aware about this murder. If those previous two murdered cases were solve then there is a possibilities of having a link or a connection in between.

Hmmm...It's a bit suspicious that Zina's adoptive parents were killed which left her a ton of money. Then her neighbor and pastor also were killed and now another neighbor. I believe there could be more to this other than coincidence.

I want a cold-case investigation in to Victor Jenning and the pastor who were both murdered...

So many murders and death surrounding her. Makes you wonder if it’s just bad luck, or if she’s involved in any way.