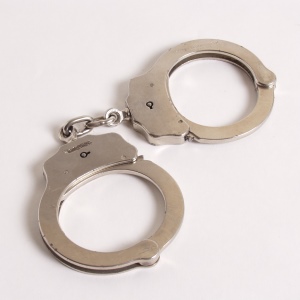 Yoknapatawpha County Sheriff's Department officials yesterday arrested the owner of Oxford's Juke Joint restaurant and a retired Ole Miss maintenance worker in connection with the 1987 death of a college athlete.

The case was reopened following discovery earlier this summer of a hidden room on campus that contained crucial evidence.

Jones said the district attorney's office will seek murder charges in connection with the 1987 death of Kevin Gilmore, then 20, an Ole Miss basketball player and scholarship student.

The series of bizarre revelations that led to the arrest began July 14, when construction crews renovating the Ole Miss Physical Plant Shops and Stores came across a small walled-up room that appeared to have been the scene of a crime. Workers notified campus authorities and the sheriff's department.

A forensics team documented the room's contents, and rumors immediately began swirling that the discovery had prompted renewed investigation related to a "cold case." But department officials declined to comment until mid-July, when Jones confirmed that detectives were tracking down and questioning witnesses from the 24-year-old investigation of Gilmore's death.

Gilmore's body had originally been found in December of 1987 along Hathorn Road, near what was then the site of the Waller Laboratory fields, known informally as the "pot farm" due to its seven-acre experimental marijuana operation, whose plants were used for government and medical research.

Gilmore, a type 1 diabetic, had died from complications related to his condition, but autopsy results indicated he had been assaulted before death, leading detectives to treat the death as suspicious, according to 1987 records from the case obtained by the Eagle.

At the time, investigators had questioned Gilmore's basketball teammates and college friends extensively, the records reveal. Gilmore had owed money to several team members, and investigators had speculated that his straightened financial circumstances might lead to the killer.

In addition to playing for the Ole Miss team as an athletic scholarship recipient, Gilmore had worked part-time at The Juke Joint, where at the time Pendergrass was a fellow employee.

Investigators in 1987 interviewed her, but like Gilmore's other coworkers, she had claimed not to have seen him for several days prior to his death, and was not immediately considered a suspect, the 1987 case records show.

When officials acknowledged last month that investigators had linked the hidden room to Gilmore's case, a new wave of rumors circulated – this time about whether his death was at the root of campus legends involving pot farm thieves killed at the hands of government agents.

During the original 1987 investigation, investigators were said to have studied surveillance footage from Waller Lab. And witnesses who were re-interviewed this summer confirmed that investigators had asked them about Gilmore's drug use and potential involvement in drug dealing.

"This time around they were definitely interested in the pot farm, whether he had tried to rob it as a way to solve his money problems," said Jason Finnegan of Oxford, a former basketball teammate of Gilmore's.

Jones declined to discuss whether the pot farm played a significant role in the case, but confirmed that Pendergrass and Weaver could potentially face drug as well as murder charges.

Jones said forensic evidence collected in the hidden campus room, combined with financial data about Pendergrass and Weaver and inconsistencies in witness testimony, led to the arrests.

"We're satisfied that we have a solid case, and we're especially gratified to be able to bring closure to friends and family of the young man whose life was so tragically cut short," she said.

"Despite being an outstanding community leader, my client is being targeted because she's been outspoken in her views about drug legalization and has challenged the conservative status quo," Collins charged. "We plan to pursue every means available to fight these grossly insulting charges."

An attorney for Weaver could not be reached for comment.

Gilmore's parents, Judith and Donald Gilmore of Oxford, released a statement that while they are relieved that the mystery surrounding their son's death may finally be resolved, they hope above all for the case not to reopen old wounds.

"Our son's death was a tragedy. Who or what caused it is less important than continuing to heal from his loss," read the statement, which contained a plea for privacy in the weeks and months ahead.