Mira Lee is the secretary/receptionist at Pruitt & Rayburn.

Detectives Armstrong and Murphy talked to her in the law office at 1109 Van Buren Avenue in Oxford.

Detective Murphy: Thank you for joining us this morning, Ms. Lee.

Mira Lee: Of course. Anything, I'll do anything to help.

Detective Murphy: Would you please state your name?

Detective Murphy: And your address?

Mira Lee: I kinda have two addresses right now. I just moved into an apartment—401 Hathorn Road, number 101, at the Campus Walk Apartments—but a lot of mail and stuff still goes to my parents. They live at 1704 Jackson Ave.

Detective Murphy: And your occupation?

Mira Lee: I'm a secretary. I work here at the law firm of Robert Pruitt and Gary Rayburn.

Detective Armstrong: Do you know why we wanted to talk to you this morning?

Mira Lee: It's about Mr. Pruitt, isn't it? I mean, when you called, I just assumed.

Detective Murphy: Yes, we wanted to talk to you about Robert Pruitt.

Detective Armstrong: How long have you worked in your current position?

Mira Lee: I suppose it's been about a year and a half. I originally started out as a part-time employee, just about twenty hours a week. Then as the practice grew, they brought me on full-time. I've been full-time for about the last year.

Mira Lee: Sure. It's challenging, learning about the law and all these cases and stuff. But still, I know my role. I mean, I'm just a secretary. I answer the phones, pick up the mail, schedule appointments. It's not rocket science. So I guess you could say it's challenging and I learn a lot, but it's not too challenging, you know?

Detective Armstrong: What do you like most about your job?

Mira Lee: To be honest, I like the glamorous part of it. I mean, it's not really glamorous. I answer the phone. How sexy is that? But still, being a secretary at a law firm is a lot more exciting than answering phones at a podiatrist's office, you know? They don't make TV shows and movies about accounting firms. So while I'm filing and taking notes, I can always pretend I'm on How to Get Away with Murder or something.

Detective Murphy: Tell us about working with Robert Pruitt.

Mira Lee: He was nice enough. He worked a lot, really hard. I can't say I got to know him that well. He didn't sit around talking to me very much. Gary hangs out a lot more. He's more of a chit-chat kind of guy. But Mr. Pruitt always treated me very well and taught me a lot.

Detective Armstrong: So, how would you describe your relationship with Mr. Pruitt at the time of his death?

Mira Lee: Our relationship was just like it always was. Like I said, we weren't best friends, but we got along well enough. Very professional.

Detective Murphy: How were Mr. Pruitt and Mr. Rayburn getting along?

Mira Lee: They have their differences, like any partnership. But for the most part, they get along.

Detective Armstrong: What are their differences?

Mira Lee: Mr. Pruitt is—was —more straight-laced. Gary likes to joke and goof off. I think sometimes Mr. Pruitt thought we should all buckle down a little more, but it's not like I saw them fight or anything. I don't want you to think I'm implicating Gary in any way. Their relationship was fine.

Detective Murphy: Did you know anything about Robert and his wife?

Mira Lee: Which one?

Detective Murphy: Well, his current wife, Vanessa. Did you know anything about their relationship?

Mira Lee: No, not really. Like I said, Mr. Pruitt never really wanted to talk to me very much. He just gave me instructions, and that was it. We never chatted, so I didn't learn much about his life outside of the office.

Mira Lee: No, not right now.

Detective Murphy: You're a pretty young woman, Mira. Why no boyfriend?

Mira Lee: I don't know. I just haven't found the right person, I guess. It's hard in a town like Oxford. There are all these young people, but if you're not at Ole Miss, you're kind of an outsider. Does that make any sense?

Mira Lee: No, not really. Ms. Bell is friends with Gary, and he mentions her to me, but I've never met her. And Mr. Pruitt left the room whenever her name came up, so I don't know what was going on there. Since they were divorced and all, I'm guessing they didn't get along, but I really can't say for certain.

Detective Armstrong: What does Gary say about her?

Mira Lee: Just that they went to the movies or to Ajax or something. He'll mention that they hung out over the weekend.

Detective Murphy: Are they friends?

Detective Armstrong: Or are they dating?

Mira Lee: I don't know. When I've asked Gary, he just smiles and gets all coy, but he does that about almost any woman. He'll hint that he's going out with Heidi Klum if her name comes up. He jokes around so much that it's impossible to know what to believe sometimes. I doubt there's anything to it. Please don't say anything. I wouldn't want to get in trouble for spreading gossip.

Detective Murphy: Mira, if you were investigating this case, how would you do it?

Mira Lee: Oh, my. I couldn't even begin to answer that. I guess I'd do just like you are, interview everyone possible. On TV, they always get all the forensic information. I guess that might tell you something. I guess you could talk to some of our clients.

Detective Armstrong: Do you think that would yield anything for us?

Mira Lee: I don't know, and I'm not sure where the line for client confidentiality is. Could you talk to our clients? I'm not sure. But that's probably what they would do on TV.

Detective Murphy: Do you know of any clients that might have been a threat? Someone who might have wanted to hurt Mr. Pruitt?

Mira Lee: We don't have many of those. There are a couple.

Mira Lee: There's a guy named Rick Gill. I've never met him or nothing, but he's called the office a few times. Mr. Pruitt always said that if he showed up, I was supposed to call the police.

Detective Armstrong: What's the deal with this guy?

Mira Lee: He beat his wife or something, and we helped her divorce him and get basically everything. Or at least what little he had. He's had a grudge ever since then. Like I said, that's just what I was told. I've never interacted with him, and I'm happy to be able to say that.

Detective Murphy: Anyone else?

Mira Lee: There's this woman, Jackie Woodruff. Mr. Pruitt represented her, and now she won't pay her bill. I don't know the story about that—her case was before I started working here—but she always sounds real angry when she calls for Mr. Pruitt.

Detective Murphy: So besides those two, are there any other clients Mr. Pruitt was having trouble with?

Mira Lee: No one that I know by name. The guys would joke about people sometimes, mention this case and that case, but it was all ancient history, you know? Jokes between themselves. It's not like they stopped to give me all the background details.

Detective Murphy: Okay, Mira. We're finished here. Before we go, we do need to know what you were doing on the night that Robert died.

Mira Lee: I was at my parents' house. We watched Finding Nemo with my little cousins and went to bed. I spent the night there.

Detective Armstrong: How would you feel if we talked to you again? We may need your help as we progress through this case.

Mira Lee: That would be fine. I'll do whatever I can.

Detective Murphy: That helps a lot. Thanks for your time.

Cherrie
This comment was minimized by the moderator on the site

She seems pretty straight forward. I think she knows more than she's telling though. Can't wait to see a second interview with her!

She will be helpful, but I don't think she knows the extent of information she does have.

hillary posted a comment in Vanessa Pruitt interview
I think the identity of this other deceased person may add up something to the investigation.If the ...
about 5 years ago

Keshtastic posted a comment in Coroner's Summary Report - victim #2
Couldn't we pull CCTV footage from local bars and see if any of them show any likely suspects with W...
about 5 years ago

jacobdarby posted a comment in Vanessa Pruitt interview
It seems too me like Venssa and Mr. Pruitt had a lot of personal problems
about 5 years ago 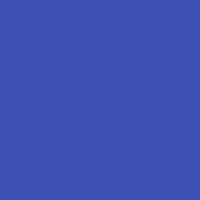 UC posted a comment in Crime scene diagram
Since they were no force entry, it would be smart to ask if Mr Pruitt has a licensed hand gun, and b...
about 5 years ago