Donna Palmer is the secretary at Faith and Glory Community Church.

Detectives Armstrong and Murphy interviewed her at the church.

Detective Murphy: Thank you for speaking with us today, Ms. Palmer. Would you please state your name and address for the record?

Detective Armstrong: Thank you, Ms. Palmer. How did you know Frederick Miller?

Donna Palmer: Well, he was a member of the church, of course, but I got to know him through his volunteer work here. He was Nathan's assistant.

Detective Armstrong: So he was your boss?

Donna Palmer: No. Frederick was a volunteer. He didn't have authority.

Donna Palmer: Yes, but that was just Frederick. He was authoritative about everything.

Detective Murphy: Did that cause friction with anyone that you know of?

Donna Palmer: It caused friction with everyone.

Detective Armstrong: Anyone specific, say, within the last couple of weeks?

Donna Palmer: It's a shorter list to say who Frederick didn't rub the wrong way.

Detective Armstrong: Really? Did he rub you the wrong way?

Donna Palmer: No, detective. We got along. He wanted things to be right, that's all. We're both pretty direct. I didn't get my feelings hurt. His motivation was noble, but his manner was rough sometimes.

Detective Murphy: Did anyone quarrel with him recently that you know of?

Donna Palmer: Well, there was Marc. Sorry. Marc Huddleston, a classmate of his daughter Lizzie's. They were seeing each other, and that was the subject of this particular argument. But it started with the hat.

Donna Palmer: Marc's hat. He wears one of those slouchy knit things, and apparently, he never takes it off. It's one of Frederick's pet peeves. He especially hated those slouchy knit caps. He also hated the belt-below-the-hips-underwear-hanging-out skinny jeans look. He'd yell at the kids, "Pull your pants up and take your hat off!"

Detective Armstrong: And you saw or heard Frederick yell this at Marc Huddleston?

Donna Palmer: Sorry. That's two different things there. More than once, I've seen Frederick ask a teenager to pull their pants up and take their hat off. And personally, I'm in total agreement with Frederick on this.

Detective Armstrong: And what about the incident with Marc Huddleston?

Donna Palmer: Well, I got this from his wife, Caroline. We're good friends. Anyway, she was upset. Frederick told her he had yelled at Marc during archery practice when Marc wouldn't remove his hat. It escalated to a shouting match where Frederick told Marc to stay away from Lizzie.

Donna Palmer: That's right. But then, Stephanie Bragg came by my desk to ask if Frederick was okay, and she told me a similar version of the argument between Marc and Frederick.

Detective Armstrong: Did she witness this argument?

Donna Palmer: I don't know, but it seems like she might have. She has a kid on the archery team, so I guess she was there when it happened or something.

Detective Armstrong: Did Frederick ever argue with anyone here at the church?

Donna Palmer: He was very strict. Nathan likes to mix it up and do some contemporary music, and it just made Frederick crazy.

Detective Murphy: Was it really that big of an issue?

Donna Palmer: Well, every time Frederick had the chance, he'd try to put in something like the Hallelujah Chorus from Handel's Messiah. These choir members are volunteers too. They're not all classically trained. Some don't have any training. Frederick was not a patient man.

Detective Armstrong: Did Caroline ever tell you if there were arguments at home?

Donna Palmer: No, not really. I think Caroline and Lizzie just learned to fly under the radar. They loved him, but he was not an easy man to love.

Detective Murphy: Did anything unusual happen at the church yesterday?

Donna Palmer: No. The Sewcial Compassion event was in good shape. Hubert, our custodian, stopped by to see if we needed extra garbage cans for the Fellowship Hall. I went to the other building to get the music books out, and I put them in the choir room for Frederick. Mass for Three Voices, by William Byrd, in case you were wondering.

Detective Armstrong: Otherwise, a normal day at the office?

Detective Murphy: Is there anything that's happened recently that now seems unusual?

Donna Palmer: Not really. Nothing here at church.

Detective Murphy: But somewhere else?

Detective Murphy: You're just helping us with our investigation.

Donna Palmer: Well … okay. I had heard that Frederick liked to gamble. I can't say that I actually know anything, though.

Detective Murphy: What did you hear about this gambling?

Donna Palmer: I thought it was a silly rumor at first, but then, come to think of it, I took a couple of weird messages here at the church for Frederick.

Detective Murphy: When did these calls come in? Do you remember?

Donna Palmer: Not specifically, no. The first one was about two and a half weeks ago, and then I took another message sometime last week.

Detective Armstrong: Do you keep a message pad that makes a carbon copy or anything like that?

Detective Armstrong: So these weird messages?

Donna Palmer: This guy would say something like, "Tell Mr. Miller he should meet me at the usual place with cash in hand." He'd never give me his name or his callback number, so I'd just write what the guy said on a sticky note.

Donna Palmer: Not really, no. At least, I didn't think so at the time. Seems kind of creepy now, though.

Detective Armstrong: Who did you first hear this gambling rumor from?

Donna Palmer: I … I'm sorry, I really don't remember. I overhear all kinds of things sitting at this desk.

Detective Murphy: How did Frederick react when you gave him the messages?

Donna Palmer: He'd just crumple the note and stuff it in his pants pocket. I never gave it much thought, but it doesn't seem so silly anymore under the circumstances.

Detective Armstrong: What time did you leave work last night?

Donna Palmer: Yes. 5:00 sharp every day. It was date night with my husband, and I was pretty excited.

Detective Armstrong: Did you do something special?

Detective Armstrong: Sorry to hear that.

Detective Murphy: I think that's all the questions we have for now. We would like to get samples of your fingerprints and DNA for elimination purposes. Would you be willing to provide those?

Detective Murphy: Thank you, Ms. Palmer. We appreciate your time today. If you think of anything else that might help us, please call.

Fingerprints and DNA being collected from people questioned by Det's. This seems like a first.

So far, I don't think Frederick was liked by anyone. This witness strikes me as someone who is lying. She has no proof of anything she says, even saying that 'someone' told her Frederick was a gambler. She can't remember who it was that told...

So far, I don't think Frederick was liked by anyone. This witness strikes me as someone who is lying. She has no proof of anything she says, even saying that 'someone' told her Frederick was a gambler. She can't remember who it was that told her that, either.

She sure seems a bit scattered. But to be fair, Lyle nelson said he liked Fredrick. Maybe he is the odd one out? Just wondering

You're right, daroo! Lyle did say he liked Fred, but could he be lying to cover up a murder? I'm not trusting anyone.

Yes Scarlett, trusting no-one in this case. I was thinking if Fred had a gambling problem it might be sports gambling and Lyle could be involved.

Marc had to been there because there was a knit hat found at the scene. Not unless Fred took the hat from him at one point or anther. Or maybe it's not his hat.

maybe lizzie took it from him or something cuz we found the cap in a trashbin nearby. PS one witness stated that they saw a girl, you think its lizzie?

Thanos posted a comment in Cheryl Harris interview
She is behaving suspicious. She prefers to face a DA's wawrant than to help the investigation....
13 hours ago

Shi-Yeon posted a comment in Incident report
I think that the killer was unable to purchase a gun- or had excellent archer skills put to use, the...
about 3 years ago

lgillette posted a comment in Canvass – Sewcial Compassion attendees
Stephanie Bragg says she was "in and out" all night. Do you think it's possible that on one of her "...
about 3 years ago

Scarlett posted a comment in Miller consent search
Good question. By the way, I was thinking that maybe Lizzie drew the picture, but what about Jimmy?...
about 3 years ago 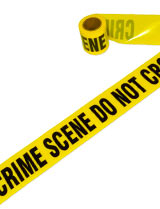