Hunter and I put together this bio from some stuff we found in the university's Civil War archives at the library.

Most of the information on General Shegog had been checked out by Professor Lowry, according to the librarian. 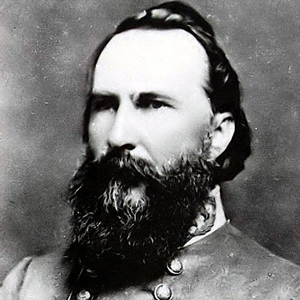 Nathaniel Wallace Shegog was born January 4, 1800, in Memphis, Tennessee. Both parents died when he was young.

It is believed he was raised in Holly Springs, Mississippi, by Rev. Walter Scotts, a minister who filled him with the fear of God and a thirst for knowledge. Young Shegog excelled in his studies but could not attend college due to a lack of funds.

However, young Nathaniel received a unique opportunity to travel overseas with Father Matthew O'Brian, a priest he befriended through Rev. Scotts.

Shegog's trip to Italy in 1817 was a life-altering experience, which strengthened his interest in the Bible and Renaissance and ancient architecture.

Shegog returned home and married Mary Sturgis in 1818. Their first child, Delores May, was born in June of 1819. By August, the child had died of typhoid fever.

Shegog began to build a political career and served as sheriff for a short time in Holly Springs. He moved his family to Oxford where their second child was stillborn in 1822.

Shegog's first son, Nathaniel Wallace Shegog II, was born healthy in 1834, and soon after Shegog served as a representative for Yoknapatawpha County.

He then moved on to the state Senate in 1842, following the death of another daughter. Mary died during childbirth.

By the late 1850s, Shegog had endured the loss of his family and risen in state politics and in the state militia. After the departure of his son, he lived alone at his estate in Natchez.

With the successive resignations of several major generals, Shegog was up for a promotion from brigadier to major general. However, Mississippi Governor John Pettus appointed someone else.

In the fall of 1861, a bitter Shegog and his troops were sent to join Confederate forces in Shiloh, where they devastated the Union troops.

By the fall of 1862, Shegog appeared to have given up on the war and was leading his troops to Natchez.

A bizarre series of circumstances kept him in Oxford, where he disappeared before the arrival of Union General Ulysses S. Grant in December of that year.

Some reports say the general abandoned his post, while others perpetuate the legend of the general's plundered treasure, buried somewhere in Oxford.