We came across some letters that were written by Confederate soldiers in Oxford at the same time as General Shegog, including this one from I.T. Stark.

Rachel typed it up — just as it was written — so you can read it here.

It's been nearly a year since I last wrote to you. Forgive me for the delay, but it's been a most unusual time and I have put miles and miles on my wits and reputation. I am now a general's best man and an outlaw to my people.

When last I wrote, I was holding camp in Tennessee. I was ordered to deliver a message to a captain across the river from our spot, and along the way I happened upon two men drowning in quicksand. They were up to their necks in the muck, and without considering their allegiance, I rescued them from certain death.

The two gentlemen turned out to be Johnny Rebs, as I had feared, but these men had good hearts and thanked me for the rescue. The men were sentinels watching the nearby road, and they had set up camp not far away. They offered me a quick rest along with some whiskey and cooked rabbit, and against my better judgment I accepted. These men couldn't have been older than 21 and seemed to possess a boyish trust. On my faith, I returned their trust.

Along the way to camp, however, we were met by a regiment of Union soldiers we had fought with recently. The captain recognized me and figured me for a spy. He shot the two Johnnies and seized me. I was branded a traitor and taken to a nearby railroad bridge over the river.

Hearing the train whistle, the frenzied men prepared me with a long noose and left me for dead, without even mention of a trial. I could either intercept the oncoming train or jump off the bridge, thus hanging myself.

Instead I opted for quicker thinking. I lied down flat in between the tracks and hoped the train was tall enough to pass over me while cutting the noose. By chance it worked! The train rolled over me, and after the last car passed, I lept up and dove into the river. I swam as fast as my body allowed while bullets wizzed over my head and beside me in the water. 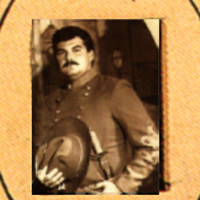 I was not out of the thicket yet. As I swam for miles downriver, I happened upon a man bathing near the bank of the river at a clearing. The gentleman stopped me and demanded to know my destination. I could tell immediately that I had stumbled into another Rebel trap.

I took the man to be an officer of high rank. I knew that he might catch me in any quick lie I invented, so I told him the truth as I knew it to be at that moment. I told him I was an architect from the North who had been in service of the Federal Army until they cited me for treason and that I had escaped and that I was now a man without a country, without a home and without a purpose.

The man, named Shegog, went ashore and dressed and took me to his tent. He supplied me with fresh clothes, and we spoke at length for perhaps the rest of the day on a number of subjects — from architecture (of which he is very knowledgable, claiming, like me, the Italians as his muse) to literature to politics and the war.

He was an extremely knowledgable gentleman, a General I soon found out, and he was impressed by my own education. I turned over valuable information about my regiment, and he sent orders to his troops near my former camp.

I don't know why, but the General trusted me, just as the Johnny Rebs I had encountered on the road had trusted me. Perhaps I am someone whose loyalty cannot be so easily defined by region and politics.

I joined his troop as they slithered southward, crawling on hands and knees "like swamp rats" and zig-zagging all over the land like an enormous and hideous serpent. His objective was to surprise the enemy and leave an impossible trail, to leave no clues for the enemy to study and find us.

It seemed to me that Shegog was a bit of an outlaw himself. He set about his own missions, never giving in to the other generals. He seemed at times as if he was fighting his own war, using these poor, ignorant men for some obscure maneuvers.

But his assault was swift and brutal. We met Union troops at Corinth and dispensed their numbers in under an hour. Yet we were quick to leave as the General was eager to return to his plantation in Natchez where he welcomed all of us to camp and wait for Grant, who was on the move and headed our way. The General proclaimed to have seen this message in the stars.

We are still on the way to Natchez, but I fear the General has fallen ill. Word of Grant's approach has arrived and there is less time than we hoped. The General has put his plans into action and left me in command of his project.

I cannot say anymore, only that I miss you all. Under these circumstances, it would not be wise to return and in the event of my death in the oncoming battle, I wanted for you to know that I died in valor.

Out here it is impossible to choose a side. You follow those you believe, you fight beside the ones you trust. These men and their brilliant General have shown me the importance of their cause, and I will continue until God absolves me from this life.

Take care and send my love to you know who…