We came across some letters that were written by Confederate soldiers in Oxford at the same time as General Shegog, including this one from John Lucas Beauchamp III.

Rachel typed it up so you can read it here.

It is with great pain, both physically and emotionally, that I write you this final letter. Though our forces fared well at Shiloh, I became injured during a frenzied fire battle in the pitch black pouring rain night just some 60 hours past. We had secured our post at Corinth and were called by a messenger to meet the forces of a General Shegog in Holly Springs.

The march was met with various atrocities and sad sights along the way. Villages and small communities burned, children crying over the crisp corpses of their parents and siblings. Animals slain up and down the road. It looked as if the devil himself had lended the Yanks a hand. 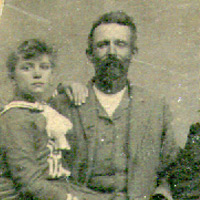 There was fighting outside of Holly Springs. We marched in at dusk, and the air was full of white haze. The ground was black, as was the sky. We couldn't see two feet in front of us. We could only hear the report of the cannon and the pleading cries of men.

Our regiment was separated in the fog and night, but myself and a handful of men came across the river and followed the bank until we could find a summit to plan our move. We stumbled into a Yankee bunker, caught them by surprise and let them have it good. But our fire and action gave us away, and the cannons flared in our direction.

I cannot explain to you the sensation of numbness that accompanied me when my legs were separated from my torso, and the blinding fear that rushed forth as I lay alive yet dying on that bitter field, damp with rain and blood and burned wood.

After their numbers had retreated, I was picked up and bandaged into a mess of tattered sheets, then sent here to Oxford, where the university serves as a hospital for the critically injured. Our numbers are not small, and there are blessed persons here gathering their wits to prepare for the imminent arrival of General Smith and his troops.

Yet there is no need for promptness where I'm concerned. My life is spilling away in pools beside my bed. I'm numb with opium, and my eyesight is fading.

There is a mad General Shegog here who is quarantining all the men into an underground shelter he has devised. He claims he's going to fight the Yankees from these underground bunkers. He has claimed all our valuable possessions including, my darling, your ruby heart locket, which you gave me to wear on the battlefield. I had worn it faithfully until the General claimed it at our camp just the night before I reached my last battle.

If I die, and I know now that I shall, send my brother Maxwell here to Oxford to retrieve your ruby heart from the general.

I want you to know that, by the time you read this, I will have died in proud duty to my land and people. In the soggy mist of this Mississippi grove, I feel that all is not lost, nor will be. My spirit will live on and fight through these other scared, scattered men.

Do not mourn the loss of my body. It is but weak flesh and form. I send my love and spirit with these words. I will be with you always and will remember you in heaven.