Detectives Armstrong and Murphy interviewed her at her residence.

Detective Armstrong: Thank you for talking with us, Mrs. Laughlin. Before we start, will you please state your full name and address for the record?

Joanna Laughlin: Joanna Laughlin. This is where I live, 310 North 16th St, Oxford, Mississippi. Chas ain't in no kinda trouble, is he?

Detective Murphy: Why would you think that, ma'am?

Joanna Laughlin: He already told me you done grilled him twice and took his blood and pulled out his hair. Be careful with that. He don't have too much hair left to pull out.

Detective Armstrong: We're just covering all the bases in our investigation.

Joanna Laughlin: What are you investigating? That no-good Andy Fine's killing?

Detective Murphy: We just want to ask you some questions about Chas so we can complete our report.

Joanna Laughlin: Uh-huh. And I'm Miss Yoknapatawpha County. C'mon honey, let's get down to it. The Home Shopping Network is running a sale, and we're burning daylight.

Joanna Laughlin: Habits? He drinks too damn much, watches too much TV, and stays up too late trying to sneak and watch that X-rated channel after he thinks I've gone to sleep. He leaves his dishes on the table instead of putting 'em in the dishwasher, drops his dirty socks on the floor, and he must track grease in on my carpet at least once a week.

Detective Murphy: How often does he go out at night?

Joanna Laughlin: Goes out to the garage to smoke one of his stinking cigars, or so he says. He's got a stack of girlie magazines hidden real nice in his tool cabinet. That's what he's doing at out there. Not that he could do much. Drinking and smoking do things to a man if you know what I mean.

Detective Armstrong: Uh-huh. How often does he go out with friends or alone?

Detective Murphy: Not ever? Even to go back to the shop on business or to work late?

Joanna Laughlin: He don't go no further than the convenience store unless I'm with him.

Joanna Laughlin: When you've been married to a man as long as I have been, you know him. Chas don't need no opportunity to get in no trouble, and I go with him where he goes to make sure he don't get none. Learned that lesson again with him, too.

Detective Murphy: How was that?

Joanna Laughlin: Let him go to Hattiesburg once alone. Big convention. Three days. Not more than a year ago, I think it was.

Joanna Laughlin: Old Chas, he comes home happier than a fox that's found a hole in the henhouse fence. It ain't like him, with his temper and all, to act so durn-fool happy. So he goes out one night—this was before I made him take me with him all the time, you understand—and I go through his trouser pockets. Found me a whole handful of receipts and a cocktail napkin from the Diamond Gentlemen's Club. It had the name Tiffany and a heart written on it with lipstick. I tell you, I was madder than seventeen wet hens.

Detective Murphy: What did you do?

Joanna Laughlin: I jumped in my car and went looking for him, figuring he had some tramp on the side. I went to the motel, looking for his car. Kinda hard to miss that big black thing. He weren't there, so I cruised around and finally decided to check the apartments on Hathorn Road.

Detective Armstrong: Why there?

Joanna Laughlin: And you call yourselves detectives. This is Oxford. Any woman that took up with the likes of Chas would have to be white trash. Now, where does all the trash live in Oxford except Oxford Ridge Apartments?

Detective Murphy: Did you find him?

Joanna Laughlin: I figured I'd see his car in the lot if he was there. So I drive around, real slow like, and I see somebody sitting the lot staring at one of the buildings. Then he sees me, and he ducks down, but it's dark, and I don't see so well. Weren't Chas's car, but it was the right kind of car, so I figure maybe Chas is trying to pull a fast one, and he's driving a car from the shop.

Detective Armstrong: Does he take cars from the repair shop and drive them?

Joanna Laughlin: I never seen him do it, but I was thinking at the time you never can tell.

Detective Murphy: When you say it was the right kind of car, what do you mean?

Joanna Laughlin: One of them SUVs. That's what Chas drives, ain't it?

Detective Murphy: And what color was it?

Joanna Laughlin: Now, I don't know. I told y'all this was 'bout a year ago. You think I still remember the color now?

Detective Murphy: Okay, fine. So you saw the SUV that wasn't your husband's. Then what happened?

Joanna Laughlin: Well, I was just sure as heat lightning in July that it's Chas. So I park, and I walk up on the car real sneaky, staying out of his rearview mirror like I saw on the TV until I get right up on the car.

Detective Armstrong: And you surprised him?

Joanna Laughlin: I jumped right up and pounded on the window. Only it weren't Chas, so I said my excuse me's and left. Found him later, though.

Detective Murphy: Where was he?

Joanna Laughlin: He was at the shop, doing the books. Or trying, anyhoo. He'd gotten himself a 12-pack to help with his adding up the numbers. That pack only had three beers left. I remember 'cause he said he'd just bought it, and I told him, I said, "they don't sell 'em in three-packs." So we had it out right then and there about little Miss Tiffany and him spending our money that way. Ever since, he goes further than ten minutes to the convenience store, I go with him. Saves us both trouble.

Detective Armstrong: He went out of town alone then. Does he now?

Joanna Laughlin: I expect a detective ought to pay better attention. He don't go outta town no more. He sends his people like he did that Andy Fine. And he don't go out local alone neither. I don't need to be worrying, so he don't go no further than our garage.

Detective Murphy: So where was Chas during the 4th of July weekend?

Joanna Laughlin: Here with me.

Detective Armstrong: On the evenings or nights of the 3rd and 4th both?

Joanna Laughlin: He had a 12-pack each night to keep him company. I should know. I had to pick up after him the next day.

Joanna Laughlin: I try to keep it up. It's so big, it's a lot of work.

Detective Murphy: Nice car, too. That's a Mercedes, isn't it? And that rock in your ring must have cost a bundle. Do you work?

Joanna Laughlin: I raised five children, detective. Praise the Lord, none of them turned out like their father. That was work enough.

Detective Armstrong: So Chas is the only provider? Must be hard to make ends meet, I mean with all the bills for all these things and Chas not making much from the shop. Don't the payments just eat you alive?

Joanna Laughlin: He does good business. And we pay cash.

Detective Murphy: So you wouldn't be as well off if Chas got into trouble and went to jail. Probably wouldn't want to say anything that would put him in that position, would you?

Joanna Laughlin: If I knew your mother, I'd call her and have her slap you. You believe what you want to believe, detective. Now, my show's already started and who knows what I've missed. You got anything more you want to ask?

Joanna Laughlin: Then you go stick your noses in someone else's business.

Detective Murphy: Thank you for your time, ma'am.

Detective Armstrong: Just one other thing. When you went to Oxford Ridge Apartments and pounded on the car's window, who was driving?

Joanna Laughlin: I have no idea.

Detective Murphy: C'mon, Mrs. Laughlin. Give us a break and think about it for a moment before you answer. Do you have any idea who it was? Male? Female? Young? Old? Black? White? Hispanic? Asian? Martian?

Joanna Laughlin: It was a man, white, not young but not old. That's all I remember.

Detective Armstrong: Okay. Thank you, Mrs. Laughlin. We don't need anything else at this time.

Joanna Laughlin: Goodbye then. I gotta get back to my show before the good stuff is all gone.

Detective Murphy: Goodbye. We may be in touch with you again in the future. 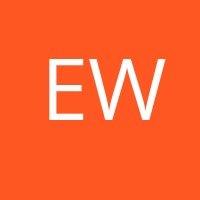 We know there is a man disguising himself casing the apartment complex in a large, dark SUV --
put the suspects in a line up for Mrs. Laughlin

Talk about the pot calling the kettle black. Talking about white trash, when she is married to a man that has a very bad criminal past.
She obviously likes living off the proceeds of crime.
Both she and Chas drive expensive vehicles.
So from...

Talk about the pot calling the kettle black. Talking about white trash, when she is married to a man that has a very bad criminal past.
She obviously likes living off the proceeds of crime.
Both she and Chas drive expensive vehicles.
So from what she has said, Chas was doing the trips to pick up all the HOT stuff, buying the stolen goods.
So then, he had to send Andy to do those trips and share the profits of crime with Andy.
And he was cooking his books also. So he was also cheating the TAX man.

Read More
Di.
There are no comments posted here yet