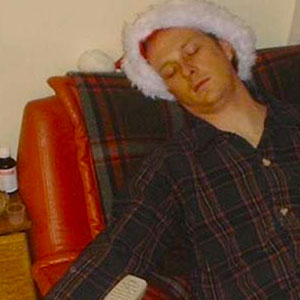 Jackson Walker's happy home life ended when his parents divorced and the children were split between the two households.

Jackson was born on December 24, 1981, to Craig and Teresa Walker. Jackson was welcomed home by his big brother and sister, Jeffrey and Jennifer. Three years after Jackson's birth another son, Jason, was born.

The children were all very close until 1993. Craig and Teresa filed for divorce that year and agreed to split custody of the children. Teresa would take Jeffrey and Jason, and Craig would take Jennifer and Jackson. On weekends, they would switch. It was not a common arrangement, but since they agreed, it was granted.

Divorce is always hard on children, but this one seemed even worse. Not only did the kids feel as if they lost a parent, they also lost two siblings. But after awhile, they all seemed to settle into their new lives and seemed to be adjusting well.

When Jackson returned home on Sunday evenings after weekends with his mother, he would always find that another one of his toys had been broken. He finally started hiding his toys away before he would leave.

One weekend when their father was sick, all four kids ended up at their mother's home for the weekend. It was then that it became apparent that Jason was extremely jealous of Jackson. Jason spit in Jackson's dinner plate, and he urinated into his suitcase.

When Teresa grabbed Jason by the shoulders and yelled, "Why did you do this to your brother?" he sobbed, "why did Daddy want him instead of me?" The relationship between the two youngest brothers continued to deteriorate as the years passed.

When Jackson graduated high school and left home to attend college in nearby Oxford, the boys seemed to get along better when they were together for holidays and birthdays. They still had their disagreements, but it seemed tolerable.

Jackson's neighbors said he never caused any trouble and was a good neighbor.