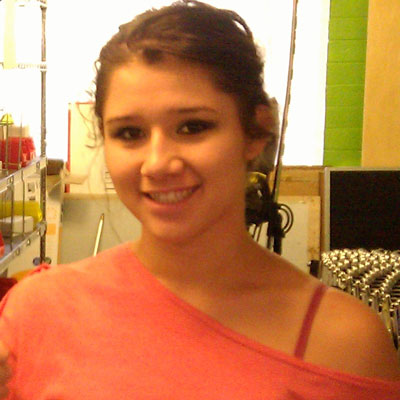 Sylvia Mason, a friend of the victim's, was adopted as an infant and raised in Oxford.

The female child was born on November 11, 1983, to a 14-year-old rape victim. The child weighed 4 pounds, 12 ounces and was 18 inches long. The name of the birth mother and her family have been kept confidential. The Adoption Center Law Network handled the arrangements for the baby to be adopted. George and Becky Mason were allowed to pick up the baby at the hospital the day after she was born. They named her Sylvia Ann, and she brought much joy to her new parents' Oxford home.

George and Becky were unable to have children of their own, so they felt extremely blessed to finally have a baby to love and the fact that she was a newborn just put icing on the cake. The Masons had a baby shower a week before the baby was due and a surprise welcome home party had been planned for them when they returned home.

Becky was so happy that she cried every time she held Sylvia for the first week. George took two weeks off work to help Becky and baby get settled into their new routines. People always said that Sylvia looked just like George, but she had Becky’s small bones.

Sylvia’s childhood was uneventful, and she was a good student all through her school years. She chose to attend college in her hometown and studied to be an elementary school teacher. She graduated from the University of Mississippi with honors. Even with her outstanding grades, she could not find employment as a teacher at any of the schools that she considered close enough to accept a job at. She didn’t want to be far from her parents because they needed her so she took a job at the Walmart nearby.

She talks to her mom and dad everyday and visits them three or four times a week. Sylvia lives alone in a rental home and has remained a single woman.