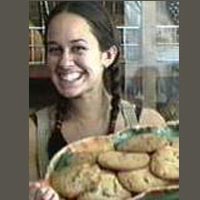 Natalie Waring and her husband live at 21 Virginia Street, two units from Ryan Rand. Detectives Armstrong and Murphy interviewed Mrs. Waring at her residence. The interview was recorded with the witness's knowledge and consent.

Detective Armstrong: Mrs. Waring, thank you for talking to us. Please state your name, address and occupation for the record.

Natalie Waring: All right. My name is Natalie Waring. Well, it's Natalie Woodson Waring, if you want my maiden name too. That's W-a-r-i-n-g. Some people try to spell it W-e-a-r-i-n-g. That just gives my husband fits, but I don't mind. Armstrong? Are you related to Coach Armstrong in Oxford Little League? No? He's a good friend, and that's such a nice family. Where are you from?

Detective Armstrong: Right around here, but no relation to Coach Armstrong. Where is it that you work, Mrs. Waring?

Natalie Waring: I'm a certified nail technician at Karol's Klassy Kutz 'n' Nails here in Oxford. Air-brushing nail tips is my specialty. You know, those fancy designs? Don't look at my nails though. I did a lot of nails yesterday and spilled that acetone all over my own. What a mess.

Detective Armstrong: Thanks, Mrs. Waring. And your address?

Natalie Waring: Well, my number's right beside the door where you came in, but I don't mind telling it to you. You have to ask that, don't you? It's 147 Cooley Lane, Ox– oh, no, no, no, wait a minute. That's our old address. This is 21 Virginia Street. We just moved here, let's see … about five weeks ago. We bought the place with some money my grandmama left me, and we just love the neighborhood. So quiet. Just make yourselves comfortable. I'm real sorry about the mess in here, but I'm just too tired after work most nights to do much unpacking so far. Just move that box over there, and you can sit on the sofa. Be careful though. It's got some of my Precious Moments collectibles in it.

Detective Armstrong: Yes, ma'am. Can you tell me what you know about your neighbor at 17 Virginia Street, Ryan Rand?

Natalie Waring: That good-looking fellow? Can't miss him, can I? He's Big Bobby Rand's son, I think he said, and he looks a lot like him too. You've seen those TV ads, haven't you? I think that family goes to the Methodist church, but I'm not sure, and I don't know where he goes. I think he sleeps in most Sundays anyway. I go to First Baptist myself. I see his lights on late at night a lot. I think he spends a lot of time on his computer. I think he said something about that one time when I saw him out by the curb on garbage pickup day – which is tomorrow. Do you need to know that? I think they come by around 7:00, but sometimes it's later. I can stop the truck if you need me to.

Detective Armstrong: No, thanks.

Natalie Waring: Hmm, where was I?

Detective Murphy: You were telling us what you know about Ryan Rand.

Natalie Waring: Yes. He seems so nice but real quiet though. I don't really know him well. I tried to strike up a conversation with him once, and he was quiet, kind of reserved, but nice. He didn't say much then, and he never seemed to have time to talk to me after that. I tried a few times. He's not unfriendly. He's just always going somewhere. It's not like he knows me well, even though we're neighbors. You know, he was probably avoiding me all those times I tried to talk to him, now that I think about it, me and my big mouth. You know how I talk. Well, I guess you do. Listen to me go on. I'm just wound up. Can I offer you a Coke or something? Maybe some coffee? It's just instant, but I can heat some water up in the microwave real quick.

Detective Murphy: No, thank you. That's kind of you, but we've had plenty of coffee already. That's not necessary.

Natalie Waring: Well, so what did he do? It's got something to do with those Maxwell kids' murders, doesn't it? Did he kill them?

Natalie Waring: I saw the brother over there a couple of times, but I never saw the sister there. Maybe I didn't notice her though. I just can't believe this. I'm living practically next door to a murderer.

Detective Armstrong: Ma'am, no one's saying anything about Ryan Rand killing anyone. We're just looking for him because one of his friends is worried about him. Have you seen him lately?

Natalie Waring: Gosh, I don't know. Now that you mention it, I guess it has been a little while since I've seen him, but maybe that doesn't mean anything. We keep pretty different hours, I think. Do you think something happened to him? Do you think he's dead over there? Do we have a serial killer running around loose in town?

Natalie Waring: Are you sure?

Detective Murphy: Mrs. Waring, maybe could tell us anything you know about Mr. Rand's activities?

Natalie Waring: What do you mean? He keeps late hours and he's not much of a partier, but he seems popular with a close circle of friends. I can't think of anything else. Wait, I heard him spin out of here like a bat out of hell — I'm sorry. I didn't mean to talk like that — real fast one night. That's not like him. Usually he drives more careful than that. It was around New Year's, I think, maybe a little after.

Detective Murphy: Do you have any idea where he is right now?

Natalie Waring: I don't know him well enough to know where he might be now. Have you checked any lounges, bars or, I don't know, record companies? Might be he's playing that keyboard somewhere. Maybe he's staying with friends. Have you checked with them? And maybe you ought to check in Mexico. I hear it's nice down there. And I did see some takeout boxes from a Mexican place in his garbage one time. Does that help?

Natalie Waring: So what do you think happened to him? Should I be scared? I'm here late a lot at night by myself, you know, with my husband's working hours. He's manager over at the Starlite Motel. And me, I don't even have a gun.

Detective Armstrong: I'm glad to hear that. We see too many accidental shootings. I don't think you have anything to worry about. There's no need for any extraordinary measures like arming yourself.

Natalie Waring: OK, if you say so. But I just can't believe this. He's so cute, and he seems so nice! My Lord. I hope nothing terrible has happened to him.

Detective Murphy: Yes, ma'am. If you happen to see him, would you give us a call? The number's on this card.

Natalie Waring: I sure will. Are you sure I can't get you a Coke or something?

Detective Armstrong: No, ma'am. Thank you. You have a nice day now.