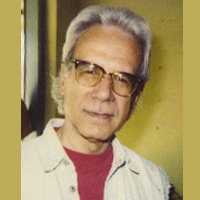 In an expanded canvass of the Eastgate Shopping Center area, investigators spoke to Bill Kapaneko, owner of Victor's Pizza, and notified the detectives that Mr. Kapaneko may have noteworthy information. Detectives Armstrong and Murphy interviewed Mr. Kapaneko at his restaurant. The interview was recorded with the witness's knowledge and consent.

Detective Armstrong: Thank you for making time for us today, Mr. Kapaneko. Could you state your name and address for the record, please?

Bill Kapaneko: My name is William Kapaneko, and my address is 406 North 16th Street in Oxford. I've owned Victor's Pizza for 22 years now.

Detective Armstrong: You told a deputy that you saw something unusual on Friday morning, January 3rd, is that correct?

Detective Murphy: What were you doing at the time?

Bill Kapaneko: I go in around 4:00 to make pizza dough for the restaurant. All homemade ingredients, you know.

Detective Murphy: Yes, sir. You said it was a boy. Could you tell how old he was?

Bill Kapaneko: I couldn't tell. I just assumed it was one of the kids from the university.

Bill Kapaneko: Give or take. Could've been a quarter to or a quarter after. At the time, I didn't think much of it or I would've paid more attention.

Detective Armstrong: Where exactly did you see this person?

Bill Kapaneko: I was on S. 18th Street, and I saw him running in the distance. At first, I thought he was a jogger, but then I noticed that he was really moving and he wasn't dressed right.

Detective Armstrong: Could you tell where he was running to? Or from?

Bill Kapaneko: He was running towards Ross Avenue, and then he stopped and looked around like he was wondering exactly where he was. I don't know where he came from.

Detective Murphy: You said he wasn't dressed right. What do you mean?

Bill Kapaneko: He wasn't dressed right for jogging, I mean. He was wearing blue jeans, and he didn't have a coat, which was pretty stupid as cold as it was.

Detective Murphy: Did you notice anything else about him?

Bill Kapaneko: Now that you mention it, he looked dirty, like he'd fallen down in the dirt maybe.

Detective Murphy: Can you describe him at all? How tall he was, what color hair he had, if he was thin or heavy, anything like that?

Bill Kapaneko: No, he was too far away for me to see him clearly. And I must admit, I was still half-asleep. I don't remember him being especially fat or skinny or tall or short. I guess he was kind of average.

Detective Armstrong: Do you think you'd recognize him if you saw him again?

Bill Kapaneko: I'm not sure. I wish I could've seen him better, but I just didn't. It was still dark, and it happened very fast. Is any of this helpful?

Detective Armstrong: Yes, it is. Thank you for talking to us. We'll be in touch if we need anything else.

Bill Kapaneko: You're welcome. Anything I can do.