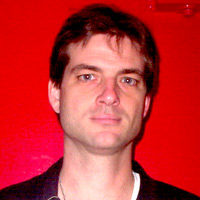 Detective Murphy: Mr. Jetton, this is Detective Samantha Murphy of the Yoknapatawpha County Sheriff's Department in Oxford, Mississippi. You were the driver of the airport bus from Oxford to Memphis on Friday morning, January 3rd, is that correct?

Detective Murphy: Where do you live, Mr. Jetton?

Roger Jetton: I live in Memphis.

Detective Murphy: Do you remember what time you arrived at the Eastgate Shopping Center drop-off point in Oxford on the morning of January 3rd?

Roger Jetton: I want to say I got there right at 3:30 in the morning, which is about right. I leave Memphis each Friday morning around 2:00 a.m., and it's straight through to Abbeville, and then Oxford. Then it's back north to Holly Springs and on to the Memphis airport.

Detective Murphy: Have you heard of Cameron and Caitlin Maxwell, the ice dancing brother and sister from Oxford?

Roger Jetton: I have. In fact, they used to take the airport bus from time to time. I would drop them off at the mall. You know, that's where they practice. And my wife loves them. She's looking forward to watching them in the championships coming up.

Detective Murphy: When was the last time they took the bus?

Roger Jetton: It wasn't that often. Usually they drove or their dad took them. I guess the last time was back in September, October. Not recently.

Detective Murphy: According to our information, Caitlin and Cameron Maxwell were supposed to be on the bus you drove to the Memphis airport on the morning of January 3rd. Did you see either of the Maxwells when you pulled into the shopping center parking lot?

Roger Jetton: No. I didn't. And I would've recognized them, after seeing them before.

Detective Murphy: Were you aware that the Maxwells were supposed to be on the bus?

Roger Jetton: I saw their names on my passenger manifest, yes. I was excited to see them again.

Detective Murphy: Did you have any baggage checked in from the Maxwells?

Roger Jetton: No baggage. I guess they were bringing their bags, like most people. Did something happen to them?

Detective Murphy: That's what we're trying to find out. Thank you for your time, Mr. Jetton. We'll be in touch if we need anything else.