Ryan Rand is Cameron Maxwell's best friend. Detectives Armstrong and Murphy interviewed him at the Yoknapatawpha County Sheriff's Department. The interview was recorded with the witness's knowledge and consent. 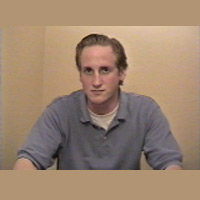 Detective Armstrong: Thanks for making time for us today. For the record, please state your name and address.

Detective Armstrong: Thank you. I'd like to start with the past few days. Have you seen Cameron Maxwell at all?

Ryan Rand: Not in the past few days, no. Since he's been home, we've only seen each other once – last week. We went to see Anchorman 2.

Detective Armstrong: And since then, you haven't seen him?

Ryan Rand: No. We've texted, talked on the phone a couple of times. Or I guess we talked a couple of times before we went out, and then once after on the night before he left. Or was supposed to leave. I still can't really believe it.

Detective Armstrong: So you talked to him the night of January 2nd?

Detective Armstrong: What did you talk about?

Ryan Rand: Not much. He had to go eat dinner. His parents, they always do a big farewell dinner for him and Caitlin whenever he's going off somewhere to train or for a competition or whatever. Except when they go to Memphis. That's almost every day. Anyway, we talked for maybe ten minutes. I called to say goodbye, and he talked about seeing me when he got back, and he talked about going to Nationals and how he hoped they did well. That was about it.

Detective Armstrong: Have you heard from him since then?

Ryan Rand: No. If I'd known that was the last– I wish I'd said more now, you know?

Detective Armstrong: Of course. Do you want to take a minute?

Detective Murphy: It sounds like you two go back a long way. When did you meet?

Ryan Rand: It was back in first grade. We shared a table in Mrs. Lytton's class. We've pretty much been friends since then, especially before he skated a lot. After that, it got harder. I guess after seventh grade or so.

Detective Murphy: How so?

Ryan Rand: Well, you know. Someone who's such a dedicated athlete, he had to make sacrifices. He didn't get out much, didn't really have time for a lot of friends. But we stayed pretty close. I understood that I couldn't interfere with his dream because then what kind of friend is that? So I just wanted to help him and hang out with him whenever he had time. Maybe that sounds a little pathetic, but I just figured that's what I needed to do to be friends with him.

Detective Murphy: How did you help him?

Ryan Rand: Mostly just in school, keeping track of homework and stuff. It got pretty hard for him in high school when he was away a lot, hard to know even what day it was. So I kind of kept him on track.

Ryan Rand: OK, sometimes I did the odd assignment or paper for him. Or I'd, like, find stuff online – like for term papers, you know, background materials, research – and I'd give it to him, and he'd write it up if he had time.

Detective Armstrong: So you did his homework for him? And that was helping him?

Ryan Rand: I don't really believe homework does that much as far as teaching anyone anything. It's just busywork, so I didn't mind. And anyways, I'm pretty fast at it. I guess you could say I'm the brains and he's the brawn, only he's got brains too.

Detective Murphy: What about recently? Have you been helping Cameron?

Ryan Rand: No. Not since graduation. You know, he's been just training all the time, not in college or anything. We really haven't seen each other that much. I guess I loaned him a little cash once or twice when he needed it, but that's about it.

Detective Murphy: And since graduation, have you seen Cameron on a regular basis?

Detective Murphy: Does that upset you?

Ryan Rand: No. I understand it's just what he has to do. It's his life.

Detective Armstrong: Ryan, I know it's going to be hard to answer this, but is there any reason you can think of for Cameron and Caitlin to disappear?

Ryan Rand: You mean as far as kidnapping? No. Everybody I know really likes them. Even people who don't know them feel like they know them, you know? Everyone wants them to just go for it.

Detective Armstrong: What about running away?

Ryan Rand: I don't think so. Cameron and I used to talk about it sometimes but he– we never really wanted to. It was just talk.

Detective Armstrong: Did you ever try?

Ryan Rand: No. We never even came close. It was more like something we would talk about to cheer him up. Like when he was down about his training, we'd talk about just going away and doing something else. You know, like sometimes he liked to think he wanted to lead a normal life and just get a job and stuff. But we never did it.

Detective Armstrong: Is this something you two talked about a lot?

Ryan Rand: No, only two or three times, just when he was down about his training or something. Sometimes his coaches were hard on him, and a few times, it just kind of depressed him. But I don't think he would ever run away for real. Skating was what he was all about.

Detective Armstrong: What about Caitlin? Would she want to run away?

Ryan Rand: I don't know. I didn't know her that well, at least recently. I mean, I haven't spent time with her since high school. I knew her a lot when we were all in fourth, fifth grade. She's always been really sweet to me, and I know Cameron thought the world of her.

Detective Armstrong: He didn't talk about arguing with her?

Ryan Rand: No. I mean, sometimes they would fight about little things – choreography, stuff like that. But they stuck together real close.

Detective Armstrong: So can you think of any reason why they would disappear?

Detective Murphy: If they did run away, can you think of anywhere they might go?

Detective Murphy: Is there anyone else you can think of we might want to talk to? Any other friends?

Ryan Rand: For Caitlin, I don't know. Cameron, I guess I'm pretty much it. When he was home, he liked to hang out with his folks pretty much.

Detective Armstrong: I have just one last question. Where were you the morning of January 3rd?

Ryan Rand: You mean, like when they disappeared? I was home. I guess I was probably studying, or else I might have been asleep. I tend to turn in around 3:00 a.m. at the latest, but I don't remember exactly when it was that night.