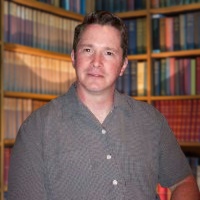 Oxford attorney Robert Pruitt announced today that he would be taking over the defense of accused killer Ed Harbison.

According to family members, Norris was in a medically induced coma from Sunday until Wednesday. When he regained consciousness, one of the first things he spoke about was asking Pruitt to meet with him in the hospital regarding the Harbison case.

After visiting Norris at the hospital yesterday, Pruitt reportedly met with Harbison and, shortly thereafter, filed papers with the court to take over as Harbison's attorney for the upcoming trial.

Pruitt comes to the case as a former assistant district attorney in Yoknapatawpha County, and more recently, an experienced criminal defense attorney. 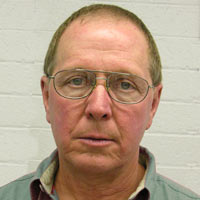 Ed Harbison is facing murder charges in the 2020 death of Jerry Shaw, an employee of the Yoknapatawpha Acres nursing home where Harbison's mother resides. Jury selection for his trial was scheduled to begin last Monday, but Norris collapsed and was rushed to the hospital just hours before, and the proceedings were postponed.

Norris had not revealed his strategy, but court watchers speculate Harbison's defense may argue mitigation, claiming that Shaw's repeated abuse and extortion of Harbison's ailing mother drove Harbison into a rage that resulted in Shaw's death.

Such a defense could be bolstered by the alleged corruption at Yoknapatawpha Acres at the time. Just days before Harbison was taken into custody, the nursing home manager, Richard Landrigan, was arrested on charges of fraud and violations of the Mississippi Vulnerable Adults Act. Landrigan is currently free on bond, awaiting trial. He's expected to be called as a witness in the Harbison trial but may decline to testify, citing his fifth amendment rights.

After Harbison was arrested, other Yoknapatawpha Acres residents and their family members spoke out to support him, saying the circumstances of the crime warrant a reduced charge.

When she heard about the allegations against Harbison, nurse Sylvia Powell said at the time, "Ed Harbison is the most devoted family member I've ever seen here. I'm shocked."

Family and friends contributed to a fund that secured Harbison's release on a $200,000 bond while he awaits trial.

With Pruitt taking the reins of the defense, a new trial date has not yet been set, but it is expected to be next year to allow Pruitt sufficient time to familiarize himself with the case and decide on a course of action.