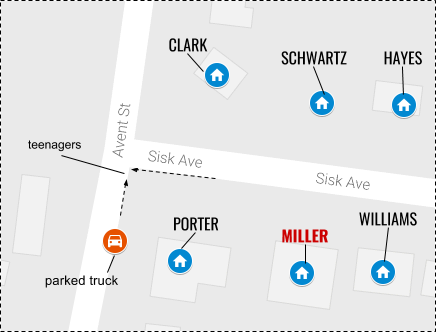 So Lizzie is still seeing Mark against her father's wishes.

Wow, what a bunch of nosy neighbors. Shouldn't be too hard for us to keep up with Caroline's movements.

We need to check out the white truck.

Gladys Kravitz has got nothing on these neighbours. Holy smokes. Looks like mom is ready to break some cycle too...

I sure wouldn't want to live in that neighborhood. You're right Thrasher, Gladys Kravitz would fit in nicely there.

Something is going on with Caroline and Lizzie. Both of their behaviors are strange. Maybe Caroline is covering up that Lizzie is still seeing Marc.

Does Lizzie wear her hair in a ponytail and does Marc own a white truck. If these two kids are Marc and Lizzie, would her father know she was outside at that time of evening since he kept track of her?

Rob
This comment was minimized by the moderator on the site

" She said Mrs. Miller was sitting alone in the car reading a book, but she appeared to be okay..."

Whiling the time away before collecting Lizzie/ Avoiding husband. This does speak against an affair...

can some keen eyed guy tell me what color lizzies hair is, cuz if its brows (i see it as black) then ig i know who to suspect

andrea kollmer posted a comment in Lizzie Miller bio
I was wondering that myself as to who was ranked number 1. Kinda curious as to how tall she is too....
about 1 week ago

Savannah posted a comment in Incident report
This is a practice site, the site even says they aren't really real.
about 3 years ago

Scarlett posted a comment in Crime scene illustration
Will someone help me out here? I'm confused about where our victim came out of the church. Jeremy ...
about 3 years ago 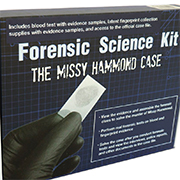