After Johnny McPhail said that he met and often saw Dalton Kimbrough at Duffy's Bar & Grill, YCSD investigators spoke with 21 patrons of Duffy's who were identified as bar regulars.

The patrons were asked if they had seen or spoken with Kimbrough in the bar and if they ever saw him being violent or aggressive.

Cook said she met Kimbrough in July 2019. Cook remembered his name because her father was also named Dalton.

Cook said Kimbrough came into the bar one Saturday afternoon when it was slow. The two of them watched Wheel of Fortune and drank shots. Cook said she thought Kimbrough was "pretty good looking, but too short."

When Cook was shown a photograph of Kimbrough, she was unable to identify him, claiming she probably remembered him wrong. Cook said that, though she had visited the bar many times since that Saturday afternoon, she hadn't seen him again.

Nelson said he was very familiar with Dalton Kimbrough. They met early in November 2019, when Nelson walked into Duffy's bar while Kimbrough was challenging everyone in the bar to a fight.

No one came forward, and Kimbrough was becoming more belligerent. Nelson fake whispered, "How about a battle of wits?" Kimbrough heard this and shouted back, "What the…? All right, smartass. Do you agree with Stephen Hawking that information swallowed by a black hole is forever hidden from the outside universe and will never be revealed?"

According to Nelson, he and Kimbrough spent the rest of the evening discussing metaphysics and drinking. Following that, they made a habit of breaking apart the theories of Freud, Aristotle, Greenspan, and even Kanye.

Nelson said he and Kimbrough shared an interest in Hegelian logic and often challenged each other over interpretation. Kimbrough was reading the original German texts and loved to quote them in mangled German. According to Nelson, "Kimbrough was sort of smart but mostly full of crap, which is the most un-Hegelian thing there could be."

Quince described himself as a regular at the bar, coming in about twice a week from 6:00 until 8:00 p.m. Quince was firm in his belief that Kimbrough was never in the bar during those hours and that he had never seen him.

According to Quince, the bar fills with area store workers who stop in for a quick drink, and Kimbrough would have been noticed.

Rodham claimed he met Kimbrough at the bar during the Cincinnati–Memphis football game on November 29, 2019. Rodham and Kimbrough watched the game on TV at Duffy's, and both cheered for Memphis. Rodham couldn't recall having any particular conversation but did remember that Kimbrough paid for Rodham's drinks that evening.

Rodham was sure of the date because he was arrested for driving under the influence that evening on his way home. According to the arresting officer, someone from the bar called to report Rodham. Rodham suspected the caller was Kimbrough.

Following that night, Rodham saw Kimbrough in the bar about once a week, but they didn't speak. According to Rodham, "We didn't have much to say to each other."

Tate said that he met Dalton Kimbrough in December of 2019. Tate said Kimbrough was a regular at the bar for the Wednesday night acoustic jam that Tate hosted from 10:00 p.m. until midnight.

According to Tate, "[Kimbrough] took a swing at me and missed. When he drew back for a second, I knocked his feet out from under him, and he dropped like a rock. All of a sudden, I hear a roar, and it's Kimbrough. He was laughing like a fiend. I guess he got a kick out of it. We did okay after that. That night we drove out to his compound and partied with his crew all night."

Tate said, in later encounters, Kimbrough was often aggressive when drinking, and his size could easily intimidate.

According to Tate, "If you were willing to stand up to him, then he gave some respect. If you showed fear, he pushed harder." Tate said he saw Kimbrough "bitch slap" several different people in the bar for disagreeing with him. Tate was unable to identify by name anyone slapped in this manner, claiming he had never seen them before.

Another person with nothing good to say about Dalton Kimbough. 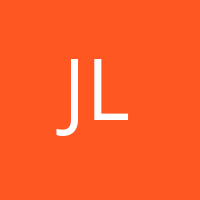 It seems that no one can say a good thing about Dalton Kimbough, it's always negative.

Nathan
This comment was minimized by the moderator on the site

I wonder why Dalton was so strange. Sometimes he is loud and aggressive, then he's calmly debating. Sometimes he's spontaneous and reckless, and other times he is thoughtful and methodical. (like when he buys people drinks and then calls the cops...

I wonder why Dalton was so strange. Sometimes he is loud and aggressive, then he's calmly debating. Sometimes he's spontaneous and reckless, and other times he is thoughtful and methodical. (like when he buys people drinks and then calls the cops on them after never talking to them). None of his behavior seems to line up except that if he doesn't like something or someone he gets angry and abusive.

I agree that he acts strange. Maybe he has some mental issues we do not 100% know about. That can help justify his behavior a little bit, but not necessarily make it right.

So in light of the information from the second Rob Budd interview, maybe show a photo of Rob Budd to the witness Donna Cook and see if it might have been the Dalton she met in July 2019 in Duffy's?

GBP
There are no comments posted here yet