YCSD investigators canvassed Malco theater employees to try to confirm that Kenneth Lemmons was there on the night Veronica Smith died.

Mr. Morgan has worked at the Malco theater for four yearscollecting tickets.

Morgan said he sees a lot of people come in, but he did remember seeing the man at the popcorn counter after being shown a photo. Morgan said the man was loud and was talking to everyone that would talk to him.

Morgan said that when Lemmons came to his line, Morgan only spoke briefly with him, just long enough to tell him the number of the theater where his movie was playing.

Morgan said he didn’t remember seeing Lemmons leave after the movie, but said he never noticed anyone when they left.

"Who cares who’s leaving? My job is to care who comes in, not who goes out."

Mr. Regan has worked at the Malco for two years at the concessions counter. When shown a photo of Kenneth Lemmons, Regan said he remembered seeing that guy at the movies the previous Friday night. Regan said Lemmons waited in line and was talking loud like he didn’t care who heard him.

Regan said when Lemmons got to the head of the line, he was still talking to the person behind him.

"I heard him tell the guy behind him his name was Kenneth. He repeated it. That’s why I remembered. I had to ask him to order at least three times because he was still talking to the man behind him."

Regan added, "Then he latched onto me. He asked me how many of the currently showing movies I'd seen and which one I liked the best and why. He was going on and on. Finally, I had to tell him that I had to wait on other customers, so he left. I saw him go toward James the guy taking the tickets."

Mr. Williams has worked at the Malco theater in Oxford for three years selling tickets. When shown a photo of Kenneth Lemmons, Williams said he remembered Lemmons being at the theater the prior weekend.

Williams said Lemmons struck up a conversation with him and kept talking while Williams had a line forming. Williams said he finally had to tell Lemmons he had to take care of the other customers. Williams said he saw Lemmons go toward the popcorn counter when he left the ticket window. 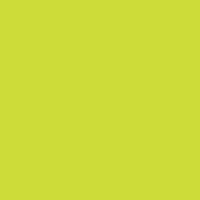 Looks almost like he wanted to make sure he would be remembered doesn't it?

Did he even go in and watch the Movie?

Good question. Maybe the detectives should explore that!!

Lazarus
This comment was minimized by the moderator on the site

Three ppl can vouch for Kenneth Lennon's being at the movies bc of how loud he was while making his way through the ticket window, popcorn stand and while finding his way to the theater playing his film. No one can say when he left the theater or...

Three ppl can vouch for Kenneth Lennon's being at the movies bc of how loud he was while making his way through the ticket window, popcorn stand and while finding his way to the theater playing his film. No one can say when he left the theater or if he ever found his way to his seat in the booth. This is obviously not a solid alibi. But, what would be his motive besides revenge? He was not only suing dr. Smith but he was also suing her partners and the hospital itself. It was more than likely he would have won the lawsuit considering dr. Smith accidentally killed his wife. He states that well waiting for his disability his finances are dwindling. But unless he had some sort of life insurance for dr. Smith I cannot see how he would benefit financially from her death. The detectives in charge really should look into this I would like an answer seen as I can't ask for myself.

Read More
Lazarus
There are no comments posted here yet
Can you solve this case from our archives?
› ‹