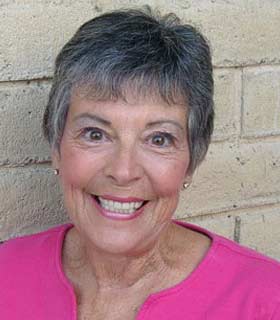 Phyllis was born October 18, 1939, in Oxford, Mississippi. Her parents, Ed and Verna Rand, died in a house fire when Phyllis was 20 years old.

Phyllis married Brady Roy on May 4, 1958, and they went on to have two children. Their son Donny is now married and has one child, a son named Dylan Timothy. Their daughter Reba is divorced with two girls, Mara and Helene. Both families live in the Oxford area.

Phyllis's husband Brady worked as a carpenter on commercial and residential construction projects all around north Mississippi. He retired in the mid-1990s, and Phyllis was thrilled to have him home more than he ever had been during their entire marriage. But soon they both grew weary of constant togetherness, and Brady started taking on small carpentry jobs like building cabinets and repairing furniture.

In the early 2000s, Brady started experiencing lower back pain and shortness of breath, and in 2005, he was diagnosed with pleural mesothelioma. He passed away in 2006.

After her husband's death, Phyllis sold their house and most of their furniture, and moved into the Maplewood Apartments in 2007. Her children and her grandchildren visit her as often as they can.

Phyllis knows most of her neighbors and enjoys chatting with them.