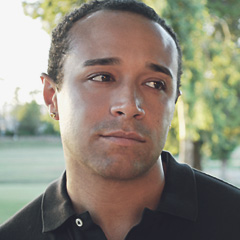 Andrew Brandt was born on January 27, 1975, to Beau and Victoria Brandt of Biloxi, Mississippi. Andy was one of five boys, raised by their mother while their father worked on commercial fishing vessels.

Andy was in and out of trouble in school, always picking on the other boys and making lewd comments to the girls. While visiting with the school counselor, he admitted that his father was rather rough with him and his brothers whenever he came home intoxicated. He felt like a guardian to his youngest brother, Ronny, because their father was always roughest with him.

When Andy turned 16, he was arrested and taken to a juvenile detention center for vandalism of school and personal property. This was the beginning of Andy's trouble with the law. While some charges over the years were dropped, Andy's biggest offense came in 2005, when he was arrested and convicted of burglary. He spent 3 years in prison.

After Andy was released from prison, he returned to Biloxi, where he took odd jobs and lived in filthy, rundown apartments. After a year of that life, he decided he had two options: he could relocate to Oxford where his brother Ronny lived or he could go back to burglary to supplement his income. He decided to move to Oxford. He found a job at a grocery store and stayed with his brother temporarily until he could find an apartment. When money gets tight and he has trouble making his rent, he occasionally moves back in with them until he can afford another place.