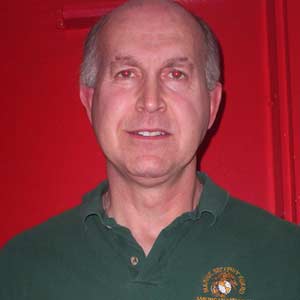 Peter James Vicknair was born on December 3, 1955, to Mark and Jennifer Vicknair in Oxford, Mississippi. Mark was a biologist and always had high hopes of finding miracle cures. Jennifer was a science teacher, and both parents spent ample time with Peter as he was growing up to ensure that science was a big part of his life.

As a child, Peter was always sifting through dirt, studying worms, animals, plants and nature in general. He felt he had a special connection with the environment and, even at a young age, knew that science was where his life would take him.

Throughout school, science was always his best and favorite subject. His teachers adored him and his drive to learn everything about the earth and nature. He didn't give near as much effort in his other courses, but always made sure that he had his schoolwork done and got good, passing grades. Peter knew he couldn't slack off because then he'd never grow up to be a scientist like he wanted.

Upon graduation from high school and much to his father's chagrin, Peter decided to pursue a science teaching degree like his mother, instead of majoring in biology or a similar field. Peter thought that since he had such wonderful science teachers in school, he wanted to do the same and really take an interest in his students and their possible futures in science.

Peter attended the University of Mississippi and graduated with honors and a teaching degree. He has been employed at Oxford Middle School as a science teacher since his graduation.