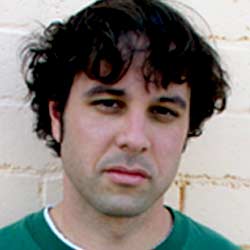 Ronald Sr. (Ronny) was born on June 3, 1978, to Beau and Victoria Brandt of Biloxi, Mississippi. Ronny was the last of five boys, raised by their mother while Beau worked on commercial fishing vessels.

The brothers appear to have been more accident-prone while their father was around, if neighbors could draw conclusions from the timing of Brandt visits to the emergency room. "At least he never hit his wife," was how the situation seemed to be viewed.

Ronny was always in and out of trouble at school, skirting the serious infractions that would have seen him expelled or arrested. He was the type of student who caused teachers to fear the idea that he might be kept back to repeat a grade, just because that meant he'd be in their hair for another school year.

Once he did graduate high school ‒ barely ‒ he hung around his parents' house, playing the part of his mother's baby boy until he got Heather Moore pregnant. Heather was still in school at the time, and her father's stormy silence was enough to send Ronny to the Justice of the Peace and then to a job.

He worked as an oil changer until Heather gave birth to their son, RJ. The extra expenses sent Ronny on a second job search that led to a better paying job as a cable installer.

His bosses describe Ronny as an OK worker. Said one, "Ronny liked hearing that he had earned another sick day because then he'd spend that night drinking and call in the next morning to mumble that he must have caught one of those 24-hour things. But it's cheaper to retain help than it is to train someone new."

Hurricane Katrina came as a rude awakening to Ronny, who lost the house he was renting and the job where he had been working. He couldn't even run home to his mother since his parents' house had been destroyed as well.

He came to Oxford a changed man, more mature than he'd been, but angrier for having been forced to grow up. Initially, he had trouble finding work, so while Heather took double-shifts at her waitressing job to cover the bills, Ronny was left to care for RJ. He often boasted that RJ was more independent and self-sufficient than other kids his age.

Eventually, the local cable company did hire Ronny as an installer, and he has worked for them for the last several years.