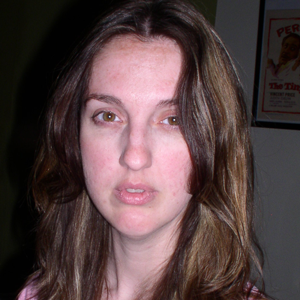 Heather Brandt was born April 1, 1980, to Penny and Steve Moore in Biloxi, Mississippi. Heather was the second of five children and grew up in a modest home. Her father was an accountant and her mother was a homemaker. Heather was an average student and, while she was not disliked in school, she was shy and didn't make friends easily.

That changed when she met Ronny Brandt one night at a drive-in theatre. Ronny was also shy but a rebel who didn't care. When he rode up on his motorcycle, Heather fell heads over heels in love. She had never known anyone like Ronny with his bad-boy attitude and dashing good looks. Ronny and Heather started dating, much to her father's distaste. Steve Moore's dislike of Ronny Brandt grew even more when Heather became pregnant at the end of her senior year.

Ronny and Heather were married by a Justice of the Peace and moved in to a small apartment. Ronny went to work in a garage as an oil changer, making minimum wage. Heather started a job as a waitress at a truck stop.

Heather had a boy who they named Ronald Junior and called RJ. With the addition of RJ, times were tough for the family until Ronny switched jobs and became a cable installer. Since Heather made so much money as a waitress, she kept her job as well. She knew how to flirt with the drivers to get larger tips, and some of her co-workers wondered if she wasn't doing "favors" for the drivers on her breaks.

Heather and Ronny moved out of the apartment into a small rental home. As the years went by, RJ was at home more and more by himself. Heather and Ronny split their time between work and hanging around at their favorite bar. Neighbors were concerned for RJ's welfare and whether he was eating well.

When Hurricane Katrina hit, Heather, Ronny, and RJ lost their home and were moved to Oxford in the relocation efforts. Heather was able to find a job as a waitress again, and with that income and help from the government, they were able to get by.