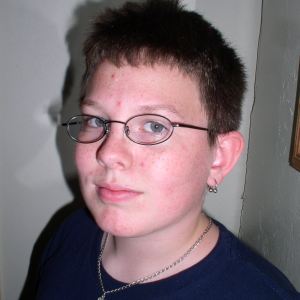 Ronald Jr. (RJ) was born on November 22, 1999, to Ronald Sr. and Heather Brandt. RJ was the first of two children, the second of which died from SIDS while the family lived in Biloxi, Mississippi.

The family was renting a home in Biloxi when Hurricane Katrina struck in 2005 and rendered them refugees. After living in a tent for four weeks, the Brandts came to Oxford, where they were quickly moved into a rental home with help from FEMA and an area church.

According to RJ's teachers in Oxford, he had understandable difficulties with the transition and still struggles in school, both academically and socially. When he first started school in Oxford, he was granted more leniency than other students because of what he had gone through.

While his schoolwork is still below par, some people in the school system believe RJ should be given special consideration because his behavior indicates he is still suffering the effects of that trauma. As a result, he is sometimes given full or partial credit for assignments that he doesn't actually complete.

RJ is described as a very angry young man who would probably find himself tangled in fights, except most of the other students tend to keep their distance from him.