Ervin Cyr is a member of the Yoknapatawpha Players board.

Detectives Magee and Beckwith spoke with him again at the Yoknapatawpha County Sheriff's Department.

Ervin Cyr: No formalities necessary on my end, detective. "Erv" will be fine.

Detective Magee: All right, Erv, we'll need your full name and address for the record.

Ervin Cyr: Sure thing. My name is Ervin Cyr. I live at 601 Troon Road here in Oxford.

Detective Magee: We'd like to ask you about the financial health of the Yoknapatawpha Players. Were y'all having problems making ends meet?

Ervin Cyr: Not that I'm aware of, and as a board member, I should be one of the first to know if we're losing money.

Detective Beckwith: If you found that the troupe was losing money, who would be the first person you'd see for answers?

Ervin Cyr: Lara Shipp. She's supposed to take care of any financial issues. Should I be talking money with Lara after this interview?

Detective Magee: Not necessarily, Erv. We're just looking for your point of view on how the board has been interacting the last couple of months.

Ervin Cyr: Well, if you're going on about financials, no doubt it's because you've been talking to Cherie. It's no secret that she wants things done on the cheap to scrape together more profit. She doesn't care about quality performances, artistic expression, or theatergoer comfort as long as her pockets are full. If it wasn't for the rest of the board, there wouldn't be a corner that Cherie wouldn't cut.

Detective Beckwith: Who do you mean when you say the "rest of the board?"

Ervin Cyr: Me, for one, and Neal. The main reason we got involved in the theatre is to broaden people's minds to what art is and can be. Art is entertainment, sure, but it's also supposed to challenge the audience and have them reflect on where they've been and where they're going. You can't do that if your only concern is the cost of doing business.

Detective Magee: And you and Neal are of one mind on this point?

Ervin Cyr: Absolutely. Anna Kessler, our director, wanted to push the boundaries of what it means to be an audience member going forward, so she put forth the idea that the Yoknapatawpha Players should perform immersive plays. Neal and I agreed that she should try.

Detective Beckwith: Even if that was going to take more money?

Ervin Cyr: Even if it was going to take more money. Yes.

Detective Magee: How did Cherie feel about that?

Ervin Cyr: She wasn't on board with the idea. I knew she wouldn't be. It pains me to know that if Glenn, her husband, was still alive, he'd agree with me lock, stock, and barrel.

Detective Beckwith: What about Heath? What was his take on Anna's new vision?

Ervin Cyr: Whatever Cherie's view was on a thing, Heath follows her like a lost puppy.

Ervin Cyr: There's no better guarantee I could give you. The boy is infatuated with the woman. I think he believes he's found true love. Here's the rub, though. You can't be soulmates with a woman that doesn't have a soul.

Detective Beckwith: What about Martin? He has a vote on the board, doesn't he?

Ervin Cyr: He's as fickle as they come.

Detective Magee: How so?

Ervin Cyr: He's so narcissistic that he'll side with whoever promises him the most glory.

Detective Magee: Who's been making the most promises as of late?

Ervin Cyr: I guess Anna. He's a headliner in the new zombie play, but I couldn't help but notice that, when you read between the lines, Kyler Birdsall ultimately has the hero's role.

Detective Beckwith: Could Martin read between the lines?

Ervin Cyr: Maybe not at first, which is why he agreed initially to go on with the immersive play idea, but throughout the new show's prep, I can see him getting more and more frustrated that his character dies midway through the play and that Birdsall's character saves everyone at the end.

Detective Magee: Has Martin ever sided with Cherie on issues before the board?

Ervin Cyr: He often does, which is no doubt disappointing for the troupe since Martin is supposed to be the actor-representative on the board, and Cherie is rarely concerned about the best interest of the actors. In the same breath, Martin also has only his own best interest at heart, so I guess that's a trait he and Cherie share in common.

Detective Magee: In your own estimation, how close do you think Martin is to taking Cherie's side against the Yoknapatawpha Players continuing with future immersive plays?

Detective Beckwith: Okay, Erv, I think we're through for today.

Ervin Cyr: Wait a second. What's with all the questions about board decisions and financials? Are you thinking that Scott's accident wasn't an accident?

Detective Beckwith: Do you think it wasn't an accident?

Ervin Cyr: I don't want to think about the implications of this being something other than an accident, but in my heart of hearts, I can't believe that fallen wall would have caused the injuries I saw. What do you think?

Detective Magee: We have to decline to answer that question at this stage of our investigation, Erv. It's part of being a detective.

Ervin Cyr: I get it. Your lips couldn't be tighter, huh? I suppose this is where y'all tell me not to leave Dodge and all that.

Detective Beckwith: Nah, a simple "Thanks for the conversation" will do.

Ervin Cyr: I guess we'll be talking later then?

Detective Beckwith: Some time down the road. Likely. 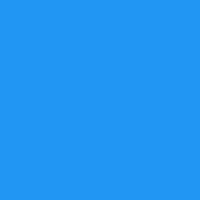 Ava Walker posted a comment in Scene photos
we know he was murdered but we can 100% tell what the cause was with his makeup. I can't tell what i...
about 2 weeks ago

Harold Roby III posted a comment in Anna Kessler interview
Kessler's bio says she was just a casual dater. So maybe Neal need the victim out of the way to have...
about 3 weeks ago

Harold Roby III posted a comment in Scene photos
Im guessing the doctor that was doing cpr, or someone pulling the wall of him.
about 3 weeks ago