Your next investigation is… The Last Word

A woman was found shot to death on the side of the road east of Oxford.

This case will be available to the public on Wednesday, June 3, 2020.
Don't want to wait? Subscribe now

A filmmaker was found dead in his blood-spattered bathroom at the remote lodge where he and his cast were living. 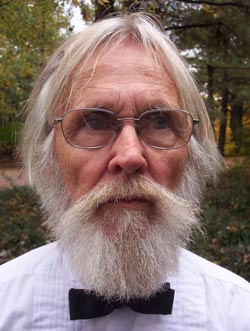 Philip Fontaine was born on June 3, 1947, in Rowan County, Kentucky. His father Harris did various odd jobs while simultaneously working one or more extra-legal schemes that brought in the bulk of his income. Philip's mother Bess raised the family and occasionally took in wash or seamstress work to earn some extra money.

Philip grew up quickly, intelligent but short-tempered and brimming with his father's ambition for social climbing. Also like his father, Philip didn't mind bending the rules a little to make a dollar. He often accompanied his father on moonshine runs up into the mountains, and he soon started his own card games for high school boys.

Although Harris and his son shared many personality traits, Philip had the added questionable strength of a very strong stomach when it came to violence. Harris Fontaine was known to break the law, but he was still thought of as a good man. Philip Fontaine was quickly becoming known as someone who would break the law and whom you shouldn't cross.

After finishing high school, Philip migrated to the Central Kentucky region where he began working on horse farms in the Lexington area. He became enamored with the money and glamour of the race horse business, and worked his way up through the ranks on the farms.

By the mid-1970s, Philip was managing Grunwald Farm, a very well-respected horse farm with a long history of excellence. Philip's willingness to do whatever was needed to get out of a bind made him indispensable to the owner.

During his heady ride as manager of Grunwald Farm, Philip married his first trophy wife. Rebecca Ford was a debutante from a local wealthy family and became the first in a string of doomed marriages.

When Grunwald Farm's creditors could be held off no longer, some say the owner and Philip hatched up a scheme to get some much-needed cash. One morning, Grunwald Farm's top stud was found dead in his stall. Speculation swirled throughout the thoroughbred capital, but nothing could be proven. The insurance policy paid out several million dollars, but somehow the creditors only got pennies on the dollar while Philip and the owner seemed flush with cash.

Philip spent the next several years moving around the South, building his fortune by working in real estate. His marriage to Rebecca came and went, as did his marriage to Serena Howell, along with big alimony payments to both exes.

By the mid-1980s, Philip had settled in Oxford, Mississippi. He found the relative affluence of the town mixed with the overall economic depression of Mississippi to be a good place for real estate development. Some people claim Philip wasn't above cutting corners and allegedly threatening or bribing an inspector or official when it suited his purposes.

His aggressive pursuit of success created some very determined enemies. Chief among those enemies was Bruno Coleman, who never misses a chance to tell people how Philip wronged him in a real estate deal and how he'd ruin Philip one day.

In addition to attracting Bruno Coleman's ire, Philip managed to earn a couple of allies like Joey Beecher, who he hired to do some odd jobs. Joey became Philip's right-hand man, doing everything from overseeing work at Philip's home to allegedly burning out homeowners reluctant to sell.

Philip married his third wife, a woman in her late 20s named Ashley. She moved into Philip's huge home and tried to help his son Grant, who was constantly in trouble because of his drug use.

By late 2011, Philip's marriage to Ashley had soured and he had taken up with a lover in town. Most of his time at this point was devoted to a new development deal and to trying to keep Grant out of jail.

Nitrile Gloves and KN 95 Masks in Stock
Available in our forensic supply store
Get yours at shop.crimescene.com