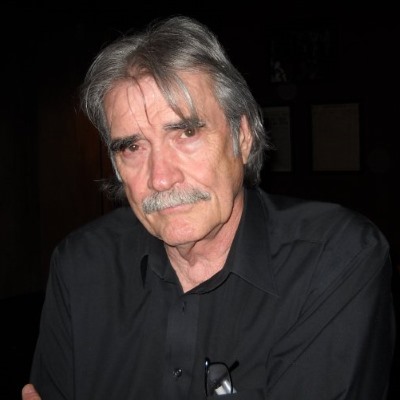 Jack McPhail is a retired Yoknapatawpha County Sheriff's Department detective. He was the lead detective on the original Izard murder cases in 1958.

Detective Nelson, the 1998 YCSD investigator, met with Detective McPhail in his home to explore McPhail's impressions and theories about the Izard case that might not be in the official case file.

Detective Nelson: You've been keeping up with the story about this Hammack woman who thinks she's LeAnne Izard?

Jack McPhail: Hard to avoid it, it being in the paper and all. Y'all re-opening the case?

Detective Nelson: Not officially, at this point, sir. But it does raise some interesting questions.

Jack McPhail: Raised 'em back then, too.

Jack McPhail: Too damn well. Twenty-seven years working law enforcement in this county, and that was my only completely unsolved case. Stuck in my craw. Did then. Does now.

Detective Nelson: Mind if I get you to run over some things from the original investigation?

Jack McPhail: You've got my records, I assume.

Detective Nelson: Yessir. Sure do. I've read them all.

Jack McPhail: It was a helluva case. People not in the business don't understand that most murder is pretty easy to solve, especially in a small town like this. Passion. Hot temper. Liquor. A squabble over something that gets out of hand. Family in-fighting. Generally, you can narrow down the suspects in a day or so, and pin it down in three or four days. Not this one. This one was like trying to catch minnows with a fork.

Detective Nelson: I hear ya. Lot of possibilities but hard to pin down?

Jack McPhail: Exactly. Once in a while you get a case where there don't seem to be any suspects, but the Izard case, shoot, it was like half the world were suspects. But every time we tried to get enough together to make an arrest, it was like we hit icebergs. No, that's not right. It's more like what looked like evidence just turned out to be dust. Useless.

Detective Nelson: What do you mean by that?

Jack McPhail: Use your head, son. We're talking 40 years ago. Law enforcement work around here wasn't like what it is now. We weren't that far from old Barney Fife, sometimes it felt like.

Jack McPhail: Now, now… We did real well with what we had, I grant you. But it was nothing like what you boys have now, what with fiber analysis and DNA matching and things we hadn't even dreamed of back in '58.

Detective Nelson: So tell me about how the evidence was back then.

Jack McPhail: Look at what we had for evidence in the Izard case. A boot print. Some tire marks. Dirt. Blood. A lot of reasons for hot tempers. A fever-hot situation for the whole town, what with that damned union agitator, Perch, getting everybody all unsettled.

Jack McPhail: And? Har! And … hell, a quarter of the men in this town wore boots like that, and size 11's not that unusual. That print coulda been Dick Izard, coulda been three dozen other men. So that was pretty much useless. Then there's the tire prints — 14-inch Goodrich. Same thing. Common as fleas on a dog. Nowadays, y'all could probably do a more precise tread wear analysis or find microscopic fibers or something, but back then we had a print of a tire that could have belonged to damn near anybody. The blood was the Izards'. Dirt was from the Izards' garden, as far as we could find out. It just all went like that.

Detective Nelson: I can see where that would have been tough with the physical evidence. But how about suspects and alibis?

Jack McPhail: Well, that was another thing. We'd just had a massive layoff, and probably half the possible suspects were pissed off, down on their luck, and getting drunk. Ever try to get solid stories from drunks, son?

Detective Nelson: It's a challenge.

Jack McPhail: I'll say. They'd remember one thing, then they'd remember it another way when you asked 'em the next time. One minute somebody'd be sure they remembered Jimmy Warren talking death threats at Sid's, but then later on they'd go all hangdog and allow as how it maybe wasn't exactly a death threat. More like just blowing off steam. Drunk and crazy. If I heard that one time, I heard it a hundred times. "He didn't mean nothing by it, detective. He was just drunk and crazy." They ever want to really do something about crime in this country, they'll figure out a way to make prohibition work. Liquor makes people as crazy as some of these drugs nowadays do. Guess the only advantage is that liquor'll make 'em pass out, maybe before they do too much harm, if you're lucky.

Detective Nelson: Sounds like you've had some bad experiences with alcohol?

Jack McPhail: Some bad experiences with seeing what it can do to people, more like.

Detective Nelson: So, overall about the Izard case…?

Jack McPhail: Overall? It coulda been easily a half-dozen people, from that crazy good-for-nothing Jessie Danahy to that union fellow, Perch, to a hothead like Jimmy Warren. Always seemed like more talk than action, but that kind'll sometimes snap and go all the way.

Detective Nelson: But your primary suspect was Elbert Warren, wasn't it?

Jack McPhail: Sure was. Had that cockamamie story about getting jumped by strangers out at the reservoir and left unconscious. Sure. And I had peacock feathers growing outta my butt. I never believed him, but there wasn't a damn thing we could pin on him. It was like mud wouldn't stick to him. Never saw anything like it.

Detective Nelson: He had motive and opportunity.

Jack McPhail: Who didn't? But he had more than most. He'd been putting up that Perch fellow at his house, talking union all the time. How come Perch to take up with Elbert Warren is anybody's guess. Man was a drunk, even then, and hot-tempered. Thought he was smart, gonna make his fortune in inventing someday. Right. Then Perch came along, and all of a sudden Elbert Warren was gonna be a big-time union organizer real soon. Nothing but a lazy drunk with big dreams. And a bigger mouth.

Detective Nelson: Mr. McPhail, I hate to bring this up, but isn't it possible—

Jack McPhail: That I had a personal grudge against Warren?

Detective Nelson: Well, yessir. I wasn't going to be so blunt.

Jack McPhail: No need to deny it. I don't like the man. Never did. But I kept it in perspective, in investigating the case. He was just one of the main suspects.

Detective Nelson: You did have a personal interest in Warren, though.

Jack McPhail: He married my ex-wife. You know that. I shouldn't have married Jean in the first place. She wasn't too bright, but she was a pretty thing. Charm the socks off any man. I married her. It was a mistake. We got a divorce.

Jack McPhail: No secret about that. Married him and starting popping out babies like a breeding mare. He wasn't making but just enough to keep their heads barely above water, and all those kids coming along bam, bam, bam, one after the other.

Detective Nelson: Sir, is it possible that your feelings—

Jack McPhail: Anything's possible, son. Anything. But I'll tell you this. I'm nearly 77 years old now and not a law enforcement officer any more, and I don't have to be nice if I don't want to be. I never liked Elbert Warren, not from the start. Not for a lot of reasons. But if I'd let that interfere with my investigation of the Izard case, I'd have found a way to arrest him. Fact is, the evidence just wasn't there. Not for Warren. Not for Perch. Not for Danahy. Not for Jimmy Warren or Frank Abbott or Howard Hadley or Joe Mitchell. It just wasn't there. Any one of 'em coulda done it. Or none of 'em. I didn't know then, and I don't know now.

Detective Nelson: Would those be your primary suspects?

Jack McPhail: Those, and maybe Ed Rebstock. Maybe the younger Hinkley boy, but I doubt it.

Detective Nelson: If you had to make a guess now, all these years later and with time to look back at it, what would it be?

Jack McPhail: Son, this case has worried hell out of me for 40 years. You think if I could've narrowed it down to one good suspect, I wouldn't have done it by now? It coulda been any of 'em. Dammit.