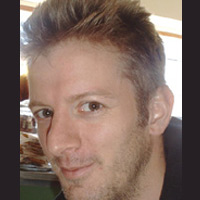 Elliot Fowler was the victim's pharmacist. Detectives Armstrong and Murphy re-interviewed him at the Yoknapatawpha County Sheriff's Department. The interview was recorded with the witness's knowledge and consent.

Detective Murphy: Thank you for coming in, Mr. Fowler. As we told you on the phone, we have some photos to show you. First, would you give your name and address for the record please?

Detective Murphy: Thank you. Now, when we spoke a couple of days ago, you talked about the man who picked up the prescription refill for Diane Coates back in July. If you would, take a look at these photographs and see if you can identify any of these people as that man.

Elliot Fowler: Oh, wow! Like I said before, I'm not sure I can identify him. He was pretty nondescript looking.

Detective Murphy: Just take your time. If you recognize any of these faces as that man, just point him out. If not, that's not a problem. It may not even be one of these people.

Elliot Fowler: Well, let's see. It could be– no, that's not him. Maybe this one, if his nose was different. No. Geez, I'm sorry. I just don't know.

Detective Murphy: OK, Mr. Fowler, don't worry about it. We thought we'd give it a try, but we knew you might not find him in there. But as long as you're here, could you help clarify some questions we have about Mrs. Coates' Coumadin prescription?

Elliot Fowler: Sure. Whatever I can do to help.

Detective Armstrong: We asked you on the phone to check your records again and see what dosage of warfarin – or Coumadin – was initially prescribed to Mrs. Coates. Incidentally, is there a difference between warfarin and Coumadin?

Elliot Fowler: Coumadin is the registered trademark of DuPont Pharmacies for Warfarin Sodium Tablets. Some pharmacies use the generic Warfarin Sodium tablets. Different shape, lower price but same dosage per color. I mean, like the 5-mg are peach, 2.5-mg are green, et cetera. just like the DuPont product.

Detective Armstrong: Well, you said you filled the prescription from Dr. Lipinski for 10 mg once a day. And Dr. Lipinski says he prescribed 5-mg tablets. Is there a discrepancy there?

Elliot Fowler: Oh, sorry if that caused confusion. It really is the same thing. The initial prescription was for 10 mg once per day. But since a 10-mg tablet is a pretty big dosage for a first prescription, we phoned Dr. Lipinski to clarify it, and he agreed that two 5-mg tablets once a day was what he meant. The smaller dosage tablets make it easier for the patient to adjust the daily dosage if necessary. I have a note in the record that we verified it with him before we gave it to the patient.

Detective Armstrong: Isn't that unusual for you to call the doctor for clarification of a prescription or to correct him?

Elliot Fowler: Are you kidding? I'll bet we do that several times every day. Doctors are human like everyone else. They make mistakes. And after all, we are the experts on medications. I won't say the doctors always like it, but it happens all the time. And the health and safety of the patient is the most important thing, right?

Detective Armstrong: Well, as you say, Mr. Fowler, you're the expert. So the prescription was for two 5-mg tablets per day?

Elliot Fowler: Yeah, but you've got to understand something else. The initial prescription is just a starting point. The patients on warfarin or Coumadin have their blood tested frequently. At first, they're probably tested daily. The test will show the prothrombin or PT level, which indicates how fast the blood clots. Then the amount of warfarin the patient is to take daily is determined. If the PT level is too high or too low, the dosage will be adjusted. The patient might have to take one 5-mg tablet one day, then one-and-a-half tablets the next day and–

Detective Armstrong: Mr. Fowler, maybe you could just give us the Reader's Digest version.

Elliot Fowler: Well, you get the idea. That's why the 5-mg tablets were more manageable. They're scored and can be easily divided into 2.5 mg dosages. So if a patient's dosage is adjusted, they can easily split a tablet, and we don't have to keep giving them new prescriptions. Sorry. I didn't mean to give a lecture. Probably more than you ever wanted to know. Once I get going, I don't know when to stop.

Detective Murphy: The more information we have, the better it is. Is all this testing you mentioned done by the doctor?

Elliot Fowler: Not likely. Most doctors contract with an anticoagulation clinic to do that for them. It would be impractical for a doctor or his staff to draw blood every day or every other day or however often. Besides the lab has to do the testing anyway. So it just makes sense to have one source collect the sample, do the testing, and educate the patients who are taking warfarin. And believe me there are a lot of them. Patients, I mean.

Detective Armstrong: That's the first I've heard of an anticoagulation clinic setup. What is it?

Elliot Fowler: They monitor all the patients on that drug. The clinic has visiting nurses who go out and instruct the patients on the use of the drug, take their blood the first few times, tell them what foods and medications to avoid – the whole ball of wax. The doctors love it because it saves them so much time. By the way, we usually call it the Coumadin clinic. Anticoagulation is kind of a mouthful.

Detective Murphy: Then the visiting nurses are the ones who decide how the daily dosage will change?

Detective Armstrong: Is the patient's doctor informed each time?

Elliot Fowler: Oh God no! Can you imagine the time involved to get the primary physician's approval each time? Especially when it's done daily? The clinic is the final authority there.

Detective Armstrong: Then would the doctor know how many pills– er, tablets the patient took out of the number prescribed? For example, if 90 pills were prescribed, could you tell after a month how many should be left?

Elliot Fowler: No way. Not at first, anyway. Sometimes it takes several weeks to get the dosage stabilized.

Detective Armstrong: Then the doctor wouldn't even know what dosage the patient is taking?

Elliot Fowler: Probably not, at least as long as the clinic is monitoring it. And they do a super job. Believe me.

Detective Murphy: And a pharmacist who is refilling the prescription wouldn't know how many tablets were actually taken or how many were left at the time of a refill?

Elliot Fowler: Are you kidding? If we had to do that, we'd never get any prescriptions filled. Can you imagine the logistics of something like that? Geez. Nightmare City!

Detective Murphy: So you couldn't tell us how many tablets Mrs. Coates actually used after a month or how many should be left?

Elliot Fowler: No way. And neither could the doctor, except from what she told him. Most doctors just ask if they have enough refills or if they need a new prescription.

Detective Armstrong: What about other medications? Are there certain things Mrs. Coates should have been avoiding? Aspirin products for example?

Elliot Fowler: Absolutely! Aspirin is a definite no-no. Patients are advised to not even use Aspercreme® because it could change their PT level.

Detective Armstrong: And the possible effects of regularly using aspirin and warfarin together would be?

Elliot Fowler: Pure disaster. It would probably be fatal. Even the slightest thing could cause internal bleeding.

Detective Armstrong: I suppose the longer one consumed the multiple medications – or a more powerful dosage than prescribed – the effect would worsen.

Elliot Fowler: Man, you said it! But why would anyone take two medications that in combination had the potential of killing you? Unless you had a death wish– Oh. I see what you mean.

Detective Murphy: Thank you, Mr. Fowler. This has been very enlightening and helpful.

Elliot Fowler: Even though I couldn't identify the guy who picked up the prescription?

Detective Murphy: Absolutely. You'd be surprised how helpful your information will be to us.