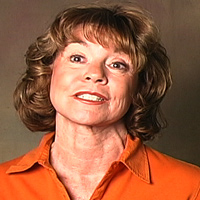 Sandra Moss was the victim's supervisor at the University of Mississippi. Detectives Armstrong and Murphy re-interviewed her at her office on the Ole Miss campus. The interview was recorded with the witness's knowledge and consent.

Detective Armstrong: Thanks for taking the time to talk with us again.

Sandra Moss: Sure. What else can I tell you?

Detective Armstrong: Just quickly, before we get to that, would you state your name and address for the record?

Detective Armstrong: Thank you. Now, we wanted to ask you more about Mrs. Coates' work on the Barksdale Literature Conference.

Detective Armstrong: How did Mrs. Coates select and schedule the authors for the conference?

Sandra Moss: Selecting the authors was really my job. I attend a bunch of other conferences in the Southeast and around the country, and of course, I'm following the latest releases and new authors. I pull together a list of potential attendees and topics for panels, and then contact them myself to see who's interested and who's available for the dates. Once the authors have tentatively agreed, that's when I handed it off to Diane. She took care of the travel arrangements, as necessary, and the actual conference schedule.

Detective Armstrong: So you aren't involved in how the conference comes together in terms of timing of panels and placement of authors?

Sandra Moss: Not down to the last detail, no. I would give her the author list and my ideas for which panels they could sit on – you know, some writers can talk about being first-time authors and about doing historical novels, and so on. I left the rest up to her and she did OK at it.

Detective Murphy: Did you ever receive complaints from authors about the way Diane handled the conference?

Sandra Moss: To be honest, we had a problem there. She was really heavy-handed with the scheduling, playing favorites with authors. I got a couple of complaints about Diane's system, as they called it. I talked with her about it, but the discussion always deteriorated into an argument. She was really defensive about it and said the authors were all just prima donnas desperate for publicity. It was becoming a performance issue, and I'd actually given her a written warning about how she handled the scheduling for this year.

Detective Murphy: Did any of the authors mention money being involved?

Sandra Moss: No. Was there?

Detective Murphy: I'm afraid so. Apparently, Mrs. Coates was pressuring authors to pay her in exchange for prime placement.

Sandra Moss: Shit! How much?

Detective Murphy: The amount varied by author, but it was always in the thousands of dollars.

Sandra Moss: Wow. I can't believe that. Why didn't anyone tell me? If I'd known that, she'd have been fired on the spot. That's outrageous!

Detective Armstrong: It sounds like she was already on her way to being fired, even without that.

Sandra Moss: Possibly, yes. I'll be honest. There was no love lost between us.

Detective Armstrong: Several witnesses told us you and Mrs. Coates had a lot of hostility between you.

Sandra Moss: Yes. I wouldn't say we were sworn enemies, but I'd say it was getting difficult to be civil on the job.

Detective Murphy: Tell us, Ms. Moss, did you and Mrs. Coates eat together much?

Sandra Moss: Eat together? What does this have to do with anything?

Detective Murphy: Bear with us.

Sandra Moss: Well, gosh, let's see. Yeah, most of us either bring our lunch or run out for a quick bite. Sometimes we go out as a group for lunch, but that's more of a special occasion kind of thing – holidays, successful completion of a big project, things like that.

Detective Armstrong: Is there a common area or something where you all store the food you bring from home?

Sandra Moss: Yeah, there's a refrigerator and a microwave in the break room.

Detective Armstrong: What did Mrs. Coates like to eat?

Sandra Moss: I never noticed, to be honest. I think for a while she was trying to diet, you know, a lot of Lean Cuisine.

Detective Armstrong: Is there a water cooler in the office?

Sandra Moss: Yeah. We all use it. Look, I didn't tamper with her food, if that's what you're thinking.

Detective Murphy: Did you ever see Mrs. Coates taking any kind of medication?

Sandra Moss: Except for aspirin, no. She was always complaining about headaches, always asking if we had any aspirin. I'd heard she was quite a drinker, so that didn't surprise me. Plus, she was so irritable.

Sandra Moss: Um, let's see. I did have an ear infection last year before Christmas and had some antibiotics. It was a one-time prescription.

Detective Armstrong: Did she ever talk about him in the office?

Sandra Moss: Oh, sure. I overheard her all the time, saying he was a real wimp. I guess she despised him, but then she didn't exactly express affection much for anyone.

Detective Armstrong: Did she ever mention him threatening her or harming her in any way?

Sandra Moss: No. Nothing like that – the opposite, in fact. It sounded like he just took whatever she dealt him in terms of abuse. I don't think she was physically violent, but she certainly seemed to rip into him a lot. It wouldn't surprise me if she was haranguing him constantly.

Detective Armstrong: All right. What about Mrs. Coates' boyfriend?

Sandra Moss: I just know she gossiped about him a lot, saying he was a man of action compared to her loser husband. I tried to tune that stuff out whenever I could. I really didn't want to know about Diane's private life. I had a hard enough time separating my dislike for her from her job performance, to be honest.

Detective Armstrong: Did you know any details about her relationship with the boyfriend – how often they met or where?

Sandra Moss: No. Nothing.

Detective Murphy: All right. Thanks for your time. We'll be in touch if we have any more questions.