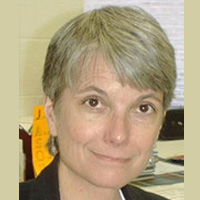 Kate Sugarman is an author and a presenter at the Barksdale Literature Conference. Detectives Armstrong and Murphy interviewed her at the Yoknapatawpha County Conference Center. The interview was recorded with the witness's knowledge and consent.

Detective Armstrong: Thank you for speaking with us, Ms. Sugarman. I'm sure you must be quite busy what with the conference still going on and all. We appreciate your cooperation.

Kate Sugarman: Certainly, I'll help in any way I can

Detective Armstrong: Would you state your name and address for the record please?

Kate Sugarman: Yes, my name is Kate Sugarman and I live at 161 Andrieux Street in Sonoma, California. And please, call me Kate.

Detective Armstrong: And what is your profession, Ms. Sugarman? Sorry, I mean, Kate.

Detective Murphy: We understand that you knew Diane Coates. Can you tell us about that relationship please? How you met her and how long you have known her, that sort of thing.

Kate Sugarman: Well, I met Mrs. Coates in 2008 when I was first invited to the conference to be a presenter. She contacted me in regards to whether I wanted to participate in it or not. She seemed a pleasant enough woman at first, and of course, I was thrilled to do it as I'd just written my first book. Have you read any of my work? I've written three books now, you know.

Detective Murphy: No, ma'am. I'm afraid we haven't had the pleasure. How would you characterize your relationship with Mrs. Coates?

Kate Sugarman: We knew each other professionally. That's all there was to it.

Detective Murphy: From the way you said that, it doesn't seem like that was all there was to it. Is there something else you'd like to tell us about her?

Kate Sugarman: I didn't want to bring this up because I really like this conference and enjoy coming every year. I don't want to cause any trouble for anyone.

Detective Armstrong: It's OK. If you know something, you should tell us. Don't worry about whether it might cause trouble.

Kate Sugarman: Well... she did tell me that if I paid her extra, she'd make sure I got a good time for my presentation and great billing. She also said if I didn't pay that she'd make sure that I was never invited back here and that she'd see that I was blackballed from several other conferences too, if I tried to complain to anyone. Well, naturally I was upset. I mean, I'd never had to pay before. But, well, I just can't afford to be blackballed. How would I ever sell any of my books?

Detective Murphy: How much did she ask for?

Detective Murphy: And did you pay?

Kate Sugarman: Yes, I'm afraid I did. I didn't want to, but the risk to my career could be too great, if I didn't and she actually followed through on her threats.

Detective Murphy: Was this the first year she asked you for extra money?

Detective Armstrong: Do you know if any other writers had similar experiences with Mrs. Coates?

Kate Sugarman: I don't know, but I wouldn't be surprised.

Detective Armstrong: Do you know of anyone who might've wanted to harm her?

Kate Sugarman: Probably everyone, but I can't think of anyone who actually would.

Detective Murphy: Did you have any involvement in what happened to her?

Kate Sugarman: No! None at all!

Detective Armstrong: Is there any other information about Diane Coates or her death that you think we should know?

Kate Sugarman: No, but if I think of anything or hear anything, I'll let you know.

Detective Armstrong: Thank you. We appreciate that.