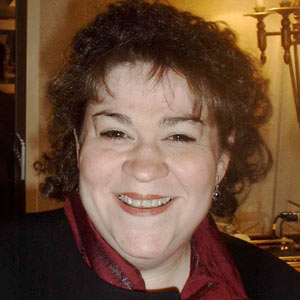 Diane was a bright student and enjoyed participating in school government activities. In high school, she served as the Assemblies Commissioner, finding and making arrangements for speakers or programs for all of the student assemblies.

She went on to the Peabody School of Education and Human Development at Vanderbilt. She became active in an undergraduate student association that dealt with student academic and professional development, where she again planned forums and programs.

Diane found she preferred participating in activities over studying. so she quit school and took a position with Nashville State Community College, where she could put her organizing and planning talents to good use. While she was making a name for herself at work as a whiz at organizational planning, she also had an active social life, dating often but never seriously.

In 1988, she and some friends attended a photo exhibit, and she met the photographer, Rupert Coates, who was finishing his Master of Architecture studies at the University of Tennessee in Knoxville. He said photography was his passion, which had started as a hobby but occasionally paid off when he exhibited and sold his work.

Diane felt something for this young man she had never experienced before. His sweet, quiet, reserved manner appealed to her, and they exchanged phone numbers. When he didn't call her within the next few days, she called him and they began dating.

In 1989, Rupert moved to Nashville, where he and Diane were married in June. In the early years of their marriage, Diane had a miscarriage and declared "never again." Ever since, she has concentrated on her career.

In 2006, Rupert accepted a position with Dixieland Design and Construction in Mississippi, and he and Diane moved to Oxford. Leveraging the skills she honed working in Nashville, Diane found a job in the Division of Outreach and Continuing Education at the University of Mississippi.

Rupert's job required him to travel regularly throughout Mississippi and in western Tennessee, leaving Diane at loose ends when she wasn't at work. Eventually, she began to frequent bars, ostensibly for the contacts it would give her in her job, but she also enjoyed the camaraderie.

Over time, Diane's late hours and excessive drinking began to affect her behavior. Although she had never been the easiest person to get along with, her co-workers noticed an impatience and short temper that she didn't have before. They joked that they should find out Rupert's secret for dealing with her, if she was as witchy at home as she was with them.

When supervisor Sandra Moss became aware of the strain Diane's attitude was causing in the department, she suggested that Diane seek counseling for any personal issues she might be dealing with. When Diane's conduct didn't improve, Sandra told her that her actions were having a negative effect on her career and warned that a lack of visible attempt to change could result in termination.

Diane seemed to straighten up after she began working on the 2013 Barksdale Literature Conference. Her co-workers were relieved that her attention was focused on arrangements for the conference instead of them. She seemed to be enjoying her work, which made her almost pleasant around the office.

Diane had a reservation to stay at the YCCC during the conference. She told Rupert she needed to keep an eye on things, which is what she was doing on November 22, 2013, when she collapsed and died.