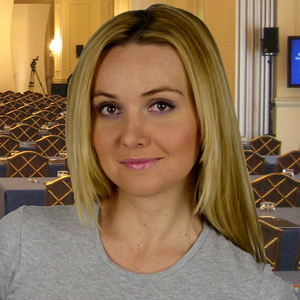 Yvonne Oliver Boyd was born to Richard and Martha Oliver on September 6, 1973, in New Orleans, Louisiana. Richard worked for a large publisher in Louisiana and traveled extensively.

Martha had no interests in her husband's travels. She was very happy keeping house and entertaining friends. She almost died when Yvonne was born and was told she would never be able to have more children.

Yvonne became the apple of her father's eye. When she was old enough, she accompanied her father on some of his trips.

While in school, Yvonne was popular and well-liked. She was an avid reader, often reading several books at the same time. Yvonne tried her hand at writing, but after numerous failed attempts she realized that writing was not for her.

While traveling in Ireland with her father, she decided to stay in order to attend the Shannon College of Hotel Management. Yvonne felt that with all the travel experience she had, a career in hospitality would be the perfect one for her. She returned to the U.S. after her graduation and began searching for a job.

While attending a John Grisham book signing at the Square Books bookstore in Oxford, Yvonne met Taylor Boyd, a freelance journalist who had studied journalism at Ole Miss. The two were engaged after dating for nearly a year and married the next year.

Yvonne began her career at the Yoknapatawpha County Convention Center (YCCC) as its Accommodation Manager, and with hard work, dedication and determination, was promoted to the position of Events Manager in March of 2013.

In the meantime, Taylor and Jared Plunk, freelance journalist and Elvis Presley expert, formed a business partnership. Taylor became increasingly busy and was unable to spend as much time with Yvonne, and she and Jared had a brief affair.

After Jared terminated the business partnership, Yvonne confessed to Taylor about the affair. Taylor forgave Yvonne and the two agreed to work on their relationship by scheduling regular date nights.

In the fall of 2013, Taylor went to Turkey to report on the civil unrest occurring there. Yvonne felt abandoned and sought the comfort of friends like Doug Reed.

These days, Yvonne is focused on her work and keeps to herself in her off hours.