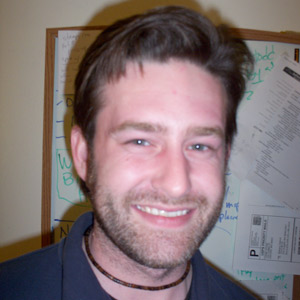 William "Bill" Lamar was born on January 15, 1990, in Oxford, Mississippi, to Quentin and Allie Lamar.

The son of an influential Oxford family, Quentin had been trained as a lawyer and built a successful legal practice. But he eventually tired of the law, and he and his wife founded Lamar Cosmetics.

Initially, Lamar Cosmetics grew rapidly, and the Lamars began refilling the family coffers, which had been depleted over the years.

However, their growing wealth could not comfort the tormented Quentin. He suffered from numerous psychological afflictions and was prone to drinking and bouts of paranoia.

Oxford residents chalked it up as yet another idiosyncrasy of the town's old families, but Allie fought with all her being to keep Quentin's difficulties from hurting the burgeoning business.

When little Bill was born, many around town hoped the young child would turn out to be a settling influence on Quentin.

Instead, the baby's crying seemed to torture Quentin, who took to locking himself in the attic of the family home and wearing earplugs. He told people around town that Bill was an emissary of the devil, while they sadly shook their heads and clucked in pity.

Although a tragedy, no one around town was very surprised when Quentin took his life with a twelve-gauge shotgun at the family deer camp.

Little Bill was left with no memories of his tormented father, and Allie was determined that he not be exposed to that difficult side of the family history. She worked hard to keep the business succeeding and to continue the Lamar fortune.

Far from the devil's spawn Quentin claimed, Bill was actually a good-natured, intelligent young boy. Every time he visited his mother's office or walked around the Square, women cooed over the good-looking young boy.

Bill was well-liked in school, and while not quite a straight A student, he was still near the top of his class. He was particularly interested in foreign cultures.

As he progressed through junior high and entered high school, his love of foreign cultures turned into a great aptitude for linguistics. He took both French and Spanish in high school and was a National Merit Scholar in both disciplines.

Although athletic, Bill didn't compete in any organized sports at Oxford High School. Instead, he went to his mother's office after school to help run Lamar Cosmetics. He showed a tremendous innate ability for business, and everyone said he was a natural to take over the family company.

His main distraction from languages and Lamar Cosmetics was a beautiful young woman named Barbara Dubois. Bill met the young beauty pageant star through his mother's cosmetics company and its sponsorship of the contests.

Although Barbara had loved the competitions for many years, she was feeling the need for something different. And even though Bill loved Oxford and was proud of his family's cosmetics company, he felt drawn to Europe and its castles, poems, vineyards and moors.

Bill and Barbara often talked of running off to Paris or London and just disappearing.

However, in 2007, the young couple separated. Barbara moved away to Atlanta for about a year, reportedly to study and hone her competition skills.

Shortly thereafter, Bill fulfilled his dream of visiting Europe. He left Oxford and joined a program where he could finish his schooling while traveling the continent.

For the brief period after Barbara's departure and before Bill left for Europe, his friends said his personality changed. They said he seemed to be darker. Moody. Brooding. They thought it was just in preparation for his Europe visit.

Secretly, his friends said he was just trying to recreate himself as a brooding existentialist artist or something. They predicted he would be wearing a black turtleneck and smoking clove cigarettes at a café overlooking the Champs Elysées before the year was out.

Some, though, weren't convinced that Bill's darkness was a young man's phase. They saw him hiding a photo of Barbara and heard the pain in his voice when the normally calm young man exploded in anger. These concerned friends hoped Europe would be a welcome relief for Bill.

And it seemed to be just the type of respite he needed. Bill completed his education in Europe and stayed there. He traveled throughout the continent, living primarily in Paris, London or Frankfurt for a few months at a time. He finished college in Europe, eventually obtaining an MBA from the prestigious CMSD in Valais, Switzerland.

After receiving his MBA, he took over the failing, Paris-based Perfume and Fragrances division of Lamar Cosmetics and within a year turned the division from corporate deadwood to highly profitable.

Business associates characterized Bill as a straight-shooter with sad eyes. They said his leadership seemed to spring naturally from his good nature and his willingness to take risks, bend the rules, and go against corporate directives when it made sense.

At the same time, his French colleagues said he had no close friends, had only a few superficial relationships with women, and late in the evening, could sometimes be seen staring into the dark as if at something remembered, treasured, and lost.